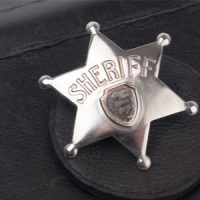 The family of a man who was shot to death by a St. Lucie County sheriff’s deputy was shocked when a federal jury ruled that the victim was 99% responsible for his death. They then proceeded to award the family $4 in compensatory damages, which shocked and saddened the family. They later appealed that verdict and an appellate court panel of three judges are listening to oral arguments now.

The Shooting of Gregory Hill

The shooting occurred on January 14, 2014. Thirty-year-old Gregory Hill was in his garage playing loud and allegedly obscene music when a neighbor called the police on him. The result was that Hill was shot to death during a routine house call.

How did that happen? That’s where stories differ on the topic. The police said that Hill appeared to be aggressive and could have had a gun. Hill’s family claimed that the shooting was unnecessary given the nature of the call.

The appeals court will determine if the rule of law was followed during the first federal trial. As stated prior, just because the plaintiff got an “unfair” verdict doesn’t mean that the case can be retried. One of the main points of contention was whether or not the attorney for the plaintiff should have been notified earlier that there was a gun found on Hill’s person at the time of the shooting. This led to the sheriff’s attorneys fielding several uncomfortable questions concerning the nature of that evidence and why it was produced so late in discovery.

The attorney for the family noted that the gun found at the scene did not have evidence blood spatter, touch DNA, or Hill’s fingerprints. The fact that the gun was introduced so later during the discovery phase put the family’s attorney in the position of not being able to secure an expert witness to testify on their own behalf.

This may be enough cause for the justices to authorize vacating the original decision and allowing the family to move forward with a new trial.

If someone else’s negligence has resulted in serious bodily injury to yourself or someone you love, call the Miami personal injury attorneys at the office of Alan Goldfarb, P.A. to schedule a free consultation. We can help.