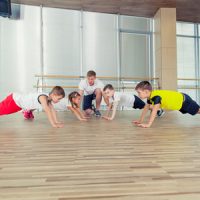 The family of a former South Florida Christian Academy student filed a lawsuit against the school after their son suffered a severe spinal injury during a PE class. The student isn’t named in the complaint. The lawsuit was filed by his father who alleges that a lack of supervision during the PE class directly led to his injuries. The lawsuit further alleges that the PE instructor failed to render the appropriate aid after the incident occurred. The 14-year-old now has a limited range of motion, according to the complaint. The incident occurred while he was wrestling with another student.

An attorney for the family said that they tried to reach out to the school, but the school stonewalled them. The lawsuit was filed just before the statute of limitations was set to run out.

What Was Going on During PE Class?

This is where it gets a little weird. You have two students who are engaged in horseplay, wrestling with one another, while other students record the incident with their phones. In the distance, you can see the PE instructor who is not attending to the children. There appears to be no organized activity. The children were not playing a sport or otherwise engaged in any structured activity. The parents and their attorney claim that the children were just left to do whatever they pleased. The result was that one student ended up with a lifelong disability.

At one point, the plaintiff is taking to the ground and his neck snaps accidentally. The other students looked on in shock as he lay on the ground motionless.

A second element of the lawsuit is that no one at the school was able to render the appropriate aid. At one point, another teacher could be seen attempting to lift the injured student off the ground to sit them up. Anyone who knows even a little bit about spinal injuries knows better than to move an injury victim without the proper know-how.

The same school was sued several years earlier after a student was struck by lightning during a football practice. That student died four days after the incident. The coach was blamed for leaving the lightning detector in his office. The lawsuit was settled for an unspecified sum of money.

Reviewing the case, there was negligence on the part of the instructor who was not attending to his freshman class of students. Someone was injured because of that negligence. The basic elements of the case are all there. It won’t be difficult to leverage the school into paying a hefty sum of money. Had they settled the case earlier, they likely would have avoided the article that details their massive failure to secure the safety of their children.

If you’ve or someone you love has been injured due to the negligence of another person, call the Miami personal injury attorneys at the office of Alan Goldfarb, P.A. today. We have helped thousands of Miami residents recover damages related to their medical expenses, lost wages, and reduced quality of life. Call today to learn more!