Woman Who Suffered Spinal Injury Has Case Dismissed By Judge 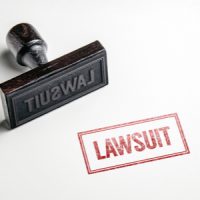 A woman who suffered severe spinal injuries while skydiving has had her case dismissed by a judge. The court ruled that the woman and her attorneys had not brought any issue of negligence before the court or failed to prove that the sky diving company had committed any negligence that contributed to the woman’s injury. This is quite similar to “foul ball” injuries at baseball games. All the onlookers assume some risk when they go into a baseball stadium. However, there are certain instances where such a lawsuit can go through. In this article, we’ll discuss intrinsic risk and how it applies to personal injury lawsuits.

The Assumption of Risk

Those who place themselves in harm’s way have a weaker claim than those who have not assumed any risk. As an example, those who go see a basketball game are generally not at risk for suffering injuries related to foul balls or pucks. Those who go to baseball games, on the other hand, know that foul balls are a possibility. They cannot later claim that the park committed negligence simply because they were injured.

However, there is one lawsuit against a major league baseball team related to foul balls. If you remember during the world series, a man in the Houston dugout was struck in the head by a baseball. He was escorted directly to the hospital while the players looked on in shock. The man has filed a lawsuit against the Astros alleging that their conspiracy to steal signs required that safety devices that would typically be present in a major league dugout were not present so that Astros coaches can get a better view of the catcher. Hence, the Astros created a material condition that increased the risk.

The court assumes that those who endeavor to do dangerous things (such as skydiving) assume some of the risk when they agree to the experience. Unless the skydiving company commits some form of negligence that increases the odds of injury, contributes to an injury, or otherwise fails to perform a safety procedure that they are required to perform by law, an injured party cannot turn around and sue the company simply because they were injured. They must prove that their injuries are related to some form of negligence committed by the skydiving company.

In this case, the plaintiff placed herself in harm’s way. She was injured. Her failure to uncover one element of negligence that would allow her lawsuit to continue to a jury resulted in the lawsuit being dismissed entirely.

In most personal injury actions, you are required to prove that the party causing injury was negligent and that resulted in injury. The Miami personal injury attorneys at the office of Alan Goldfarb, P.A. have handled thousands of these cases. Call us today to schedule a free consultation and learn more about how we can help.