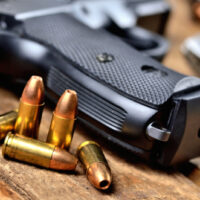 Four years ago, Gregory Vaughn Jr. was shot three times by sheriff’s deputy Christopher Newman. The case had left no living witnesses other than the two sheriff’s deputies who were involved in the incident. His family subsequently filed a wrongful death lawsuit against the police officers who were called to the scene.

The police had been called on Mr. Vaughn for a noise complaint. The jury was asked to determine whether Mr. Vaughn’s constitutional rights had been violated and whether the sheriff’s deputies had used excessive force in handling the situation.

Under Florida’s comparative negligence statute, which assigns a portion of the blame to each party, the jury came back with a verdict that found Mr. Vaughn 99% responsible for the incident, and the sheriff’s deputies 1% responsible.

That left his family and his estate with a four dollar award.

Verdict Leaves Many Scratching their Head

The verdict dealt a serious emotional blow to the grieving family. Each of his surviving children was awarded one dollar for their loss and Mr. Vaughn’s estate was awarded another dollar for funeral expenses. Finding that the police had acted in accordance with their legal duty would not have been as much of a slap in the face as the $1 award for the deceased’s grieving children.

The incident started when a mother bringing her child home from school called the police on Vaughn because he was playing loud music. The police officers arrived at the home and the garage door was shut. They banged on the door to get Mr. Vaughn’s attention. Mr. Vaughn opened the garage door.

At this point, accounts of whether or not Mr. Vaughn was holding a gun differ. The police say that they ordered Vaughn to drop the gun. Vaughn closed the garage door on them, and Deputy Newman fired through the door four times, killing Mr. Vaughn.

At that point, SWAT was called. SWAT released chemical agents into the home alongside a robot to penetrate the garage door and photograph the inside of the garage. The police realized that Vaughn was dead.

Toxicology reports stated that Mr. Vaughn was found with alcohol in his system.

The plaintiff’s attorney believes there are numerous inconsistencies in the police narrative about what happened that day. He also believes there may have been juror misconduct as well. The jury came back saying that they were hopelessly deadlocked on the verdict but a few hours later issued a verdict that was a serious insult not only to the grieving family but the entire proceedings. The family’s lawyer suspects that something happened in that time frame that may have tainted the case.

Neuman reported that he had fired all four shots within 1.2 seconds, but Vaughn was found with the gun in his back pocket. Since Vaughn was struck in the head by one of those shots, the police claim that Vaughn was holding the gun appears to be in doubt.

The family hopes that they will be awarded a new trial on appeal.

Have You Been Injured?

If you’ve been injured, reach out to the Miami attorneys at the office of Alan Goldfarb, P.A. We can help you litigate your case and get the restitution you deserve. Give us a call at 305-371-3111 or contact us online, and we can begin preparing your case immediately.