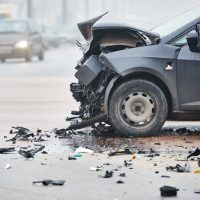 A Florida teen is facing six wrongful death lawsuits after a horrific accident left everyone inside of the vehicle he hit dead. According to police, the teen was speeding in his BMW when he plowed into the back of a Nissan carrying six farm workers home from work. Police said that the teen made no attempt to evade the vehicle or brake as he was crashing into it. The Nissan flipped several times before coming to a stop. The driver was killed along with five other passengers.

Police at the scene indicated it was likely that the teen was under the influence at the time of the accident, but the teen’s father reported that his toxicology reports indicated that he was not drunk at the time. While possible, it generally takes several months before toxicology reports come back and it would still not save the teen from considerable prison time. Plus, the estates of six individuals all have valid wrongful death claims against him.

Will the teen be charged with DUI?

That is still the most likely outcome. The father only stated that the teen’s tox report indicated he wasn’t drunk at the time. That doesn’t mean he wasn’t high on something else. Blood drawn at the hospital is generally sent to a lab where it sits on a shelf for months at a time until the lab gets around to testing the blood. Prosecutors will not file charges until the lab results are in because once the charges are filed, the clock begins ticking on their prosecution. They need to have the tox reports before they begin the prosecution. The fact that the teen has not been charged indicates that the police don’t have the toxicology reports back yet and the father has no credible reason to believe that the hospital has any information that could exonerate his son.

If the toxicology reports come back clean, the teen can be charged with vehicular manslaughter as opposed to DUI manslaughter. He would face 6 counts of vehicular manslaughter which have a maximum sentence of 14 years and a mandatory minimum of 4 years. So, he’d be facing a mandatory minimum of 24 years for 6 manslaughter charges. To win that case, the prosecution must show that the teen’s conduct was reckless which goes beyond mere negligence. The plaintiffs will have an easier time proving wrongful death than the state will have proving vehicular manslaughter. Nonetheless, speeding into the back of an SUV at full speed evinces a complete disregard for the safety of others, and this is a strong foundation for such a prosecution.

In a wrongful death lawsuit, the victim’s families need only prove basic negligence led to the death of their loved one. So, their lawsuit appears all but won, for all the good it will do them.

The Miami personal injury attorneys at the office of Alan Goldfarb, P.A. handles traffic accident liability claims, including wrongful death claims. Call today to schedule a free consultation and we can begin discussing your case immediately.