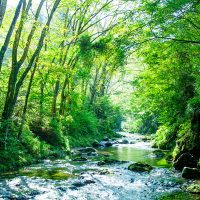 Only six days after being relocated, the victim wandered off the grounds igniting a massive search that ended with his body being discovered in a creek. Staff later told the widow that he had made several attempts to escape the facility in the days prior.

The same day that this particular memory care patient went missing, the police fielded 12 other reports of incidents at the site and missing patients. The officer who penned the police report indicated that whatever the memory care facility was doing to keep their patients safe was not working. They were relying too heavily on police intervention to track down missing patients and manage incidents that occurred on the premises. This is despite the fact that they were charging $6,000 a month and promising families they would keep their loved ones safe.

This looks really bad for the nursing home. Not only did one of their patients die, but they called the police a dozen times to report various missing patients and other incidents. That will become part of the personal injury lawsuit filed against the facility.

One of the most basic duties of care that a nursing home geared toward memory care patients would have is to ensure that the patients remain at the facility. It’s dangerous for them to wander off the facility because they don’t know what’s going on. In this case, the man continued to wander down a creek until it became too dark for him to see. He eventually drowned in the creek water.

The memory care facility has a duty of care to keep patients safe. If a patient wanders off the facility and is injured, the responsibility ultimately lies with them. This doesn’t necessarily constitute medical negligence because no medical decision was made. This is a simple negligence lawsuit. A memory care facility made it too easy for patients to wander off the property and get lost. You don’t need a medical expert to explain the problem with that.

For the defendants, there is no real defense to this other than to say that they met or exceeded professional regulations for their industry. They simply stand by the care they provided without offering a defense to the specific allegations. In this case, the allegations are straightforward and damning. They let too many patients wander off the grounds. This results in injury or death. They promise to keep the residents safe and they can’t. They’ll likely look to settle this case quietly.

The Miami personal injury lawyers at the office of Alan Goldfarb, P.A. represent the interests of injured patients and grieving families in nursing home abuse lawsuits. Call today to schedule a free consultation and discuss your case in greater detail.