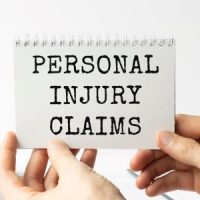 According to the high-rise’s owner-company, they have a reported $30 in insurance related to property claims and an additional $18 million related to liability insurance. A judge handling the five (and growing) number of lawsuits filed against the development company said $48 million is not going to be enough to compensate the families of victims.

With an estimated 160 people who are either dead or missing, $48M in total coverage would compensate each family with roughly $300,000. This includes all of the wrongful deaths, all of the property damage claims, and if there are any survivors, their lifelong medical expenses would be included in the tab.

As of right now, there are three named defendants: The condominium association, an engineering firm, and an architectural firm that were involved in the recertification of the building in 2018.

Since the lawsuits are in their nascency, many decisions have to be made as to how to proceed. Right now, plaintiff’s counsel is concerning itself with the preservation of the collapse site to ensure that any evidence of negligence is preserved at the scene. Meanwhile, a judge with authority over the case is considering the appointment of an independent claims manager to oversee the claims resulting from the collapse.

One insurer has already agreed that they will indemnify their client from liability offering the full $2 million policy limit. While this is a nice gesture (because it’s so early in the process), $2 million will not be near enough to compensate the victims’ damages.

Meanwhile, a condominium association spokesperson said that she was deeply upset by the fact that personal injury lawsuits were being filed while rescue crews were still going through the rubble. But it’s hard to see how the condominium association and those who rendered services to the building were not negligent. When a building collapses, there is no doubt that the building was not worthy of housing residents. The question then becomes: Why did all the safeguards in place to prevent this kind of catastrophe fail? The answer to that question is always either negligence on behalf of those with the power to ensure the building’s resident-worthiness, or some random act of terrorism targeting the building. Since we can safely say this was not a terrorist event, it stands to reason that the building’s landlords are strictly liable for the 160 deaths caused to those from whom they extracted rent.

The most likely outcome is that all three companies will be driven into bankruptcy. This could require the forfeiture of the remaining buildings to pay off creditor and injury claims related to the collapse. The companies hired to inspect the building may also not survive the building’s collapse as it was their negligence that recertified the building before it collapsed.

If you’ve been injured due to another party’s negligence, you can file a lawsuit to recover damages related to your medical expenses, lost wages, and reduced quality of life. Call the Miami personal injury attorneys at the office of Alan Goldfarb, P.A. today to schedule a free consultation and learn more about how we can help.