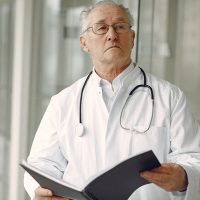 One Jacksonville doctor is the defendant in an astounding 350 medical malpractice lawsuits. Hundreds more are expected by the end of the year.

Doctor was practicing medicine with a neurological disease

In this case, both the doctor and the hospital that gave him surgical privileges are being sued. The doctor had a degenerative neurological condition that resulted in several of the surgeries going wrong. The hospital claims that any negligence that occurred is solely the responsibility of the doctor, but as a matter of law, they are entirely wrong. The hospital ignored clear signs that the doctor’s practice was in jeopardy and allowed him to continue to use their facilities over a 4-year period. Under the law, the hospital has a non-delegable duty of care to ensure that the doctor is competent to perform a surgery. In this case, they ignored a growing number of medical malpractice lawsuits and complaints.

Someone who was suffering from the same disorder that the doctor had would be expected to have involuntary movements, difficulty with maintaining balance, and difficulty with fine motor coordination. Cognitive problems are also likely. In other words, you can’t perform surgery if you have this condition. According to witnesses, on multiple occasions, the doctor had to be reminded of what he was doing. 18 days before he lost a patient, the doctor was observed with uncontrollable shaking, slurred speech, and yelling at nursing staff. 18 days later, he performed a surgery that cost the life of a patient.

Had the hospital denied the doctor surgical privileges after it became apparent that he was unfit to practice medicine, the plaintiff would still be alive. The hospital should be on the hook for both compensatory and punitive damages for exposing patients to obvious danger.

The Miami personal injury lawyers at the office of Alan Goldfarb, P.A. represent the interests of injured patients in medical malpractice lawsuits against doctors and hospitals. Call our Miami office today and we can begin discussing your case immediately.