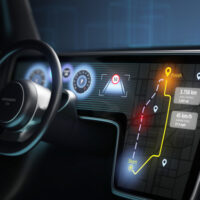 As both car manufacturers and technology companies combine their collective minds to hammer out new technologies that allow the elderly and blind to get from point A to point B without a driver’s license, questions arise concerning legal issues.

For instance, if a self-driving car is involved in a car accident, who would be at fault?

In a no-fault state like Florida, more often than not, it may not matter. Yet when there are serious personal injuries involved, those who are at fault for auto accidents may be liable for the injured party’s medical expenses and non-economic damages, including pain and suffering. The question then becomes: who would an injured party sue in a personal injury lawsuit when a self-driving car is at fault in an accident?

Disruptive Technologies and the Law

The courts are always going to be one step behind the technology innovators when it comes to issuing judgments in these types of cases. This is just a matter of how things tend to operate. When a new technology is introduced, and that technology is found to have acted defectively, it confuses two areas of personal injury law. The first is product liability and the second is traffic liability.

Since Florida is a no-fault state, are manufacturers of self-driving cars going to be insulated from damages stemming from product liability suits? Probably not. Secondly, they’re going to be implicated in traffic liability suits. If the car’s AI can be shown to be more at fault than another party involved in a traffic accident, then it stands to reason that the car itself and the individuals that manufactured the autonomous driving system would be to blame for the accident.

The State of Florida has little to say one way or the other on this issue. In 2016, Florida legislators expanded allowances that made it ok to operate autonomously driven vehicles on Florida roads.

There have been a couple of cases involving the defective operation of an autonomously driven vehicle.

In May of 2016, one man’s Tesla Model S collided with a semi-truck. In this case, the software was found to have been defective. Neither the man nor the car’s internal sensors saw the semi. The sensors were determined to have failed because of the height of the semi and the glare from the sun. Tesla updated the software with a patch designed to make better use of the car’s radar.

Another incident involved the death of a pedestrian who was struck by an autonomously operated Uber vehicle. In this case, the car never appeared to slow down before it struck the woman, and the individual who was behind the wheel was found to have been not paying attention to the road. Uber settled the case with the victim.

Since most self-driving cars are still designed to operate with drivers, it’s difficult to predict what will happen once these cars are allowed to operate without drivers. Liability can end up resting with multiple parties including:

It will depend on what the investigation reveals.

Have You Been Injured in a Traffic Accident?

Let the skilled attorneys at the office of Alan Goldfarb, P.A. in Miami get you the money that you deserve. Give us a call at 305-371-3111 and we’ll begin discussing your case immediately.