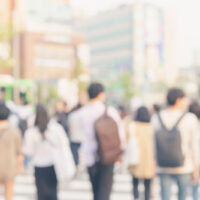 In one sad example of tragedy meeting irony, a Florida personal injury attorney was arrested on charges of fatally hitting a woman while driving under the influence. Not only is the attorney being charged with a litany of criminal offenses including DUI manslaughter and vehicular homicide, but he also now faces civil charges, likely for wrongful death.

Police say that the Florida lawyer spent around $350 at the bar before bumbling out to his car in a sad attempt to drive himself home. They say that he had purchased around 20 drinks. Surveillance footage showed that the defendant’s car had no damage prior to the accident, but that the defendant’s windshield was virtually destroyed by the impact of the crash.

The woman was walking back to an area restaurant. The force of the defendant’s car sent the woman flying, according to police, 51 feet in the air.

Florida has a number of bizarre laws concerning wrongful death cases that limit who is and who is not allowed to file a wrongful death suit, and what kind of damages they are allowed to seek depending on their relationship to the victim. Assuming that the individual bringing the suit is allowed to collect under Florida law, they will not have a hard time stretching a guilty verdict into as large a settlement as they legally can.

The reason for that is because in personal injury and wrongful death cases, the plaintiff need only prove negligence. However, when the defendant’s conduct fails a standard of human decency and morality that most individuals would find evil and repugnant, then the defendant may be liable for punitive damages.

In order to qualify for punitive damages under the law, the plaintiff’s attorney must show that the defendant acted with complete indifference toward the life, safety, and rights of others. In this case, that should be easy to prove. Not only did the attorney operate a motor vehicle while impaired, he intended to get wasted and drive his vehicle home before he was drunk. If that weren’t enough, he left the scene of the accident without notifying authorities allowing the deceased to bleed out on the pavement. The next day he paid to have his windshield replaced.

While proving punitive damages may be difficult in some cases, if the defendant is found guilty, it will show that he behaved remorselessly and indifferent toward the life of the woman he killed and those who loved her.

Another factor working against the attorney in this case is the fact that he is a lawyer. Not only was his conduct immoral, but it was also illegal. While the man has pleaded not guilty to the criminal charges he is facing, it’s difficult to surmise what precisely his defense will be to these charges.

Have You Been Injured by a Reckless Driver?

If so, you need an attorney that will help you maximize your damages. Reach out to Alan Goldfarb, P.A. in Miami at 305-371-3111 and we’ll ensure that the individual whose carelessness resulted in your injuries pays for their callous indifference to public safety.