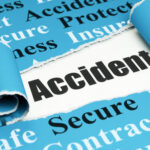 Northwest Miami-Dade was the scene of yet another accident in which a car left a roadway and struck a house. Details regarding the incident are sparse, but it was noted that the driver of the vehicle that struck the house was taken to the hospital. The cause of the crash is still under investigation,… Read More » 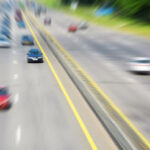 Express Lanes Here To Stay – At Least For Now

In the Miami area, most drivers are familiar with the express lanes on our highways and toll roads. Our legislation has allowed for the establishment of these express lanes and the collection of tolls to drive on them and there have been various efforts in recent times to make the lanes safer through the… Read More »

A former player for the Miami Dolphins has been involved in a serious auto accident in his home state of Ohio and, according to reports, is still in critical condition. According to police reports in the Columbus area, the athlete was driving on the interstate when he lost control of his car. He was… Read More »

Car Accidents Can Happen – Even When You Aren’t Driving

One of the most exciting pieces of new technology today involves self-driving cars. For years, they have been shown in movies depicting the future, along with things like hover boards and time travel. Recently, however, they have become a reality. Companies like Ford and Toyota have been producing cars with automatic braking technology and… Read More »

Just as you should never ride in a car without using your seatbelt, likewise as a parent you should never allow your child to ride in a vehicle without a proper child safety seat installed.  The safety features in a car are designed for an average sized adult, and are simply not capable of… Read More »

Driving can be dangerous on all roads, at all ages, and in all weather conditions. We take precautions specifically with our younger drivers, placing driving restrictions on them during the first two years they have their license. Despite our greatest care, many youth still drive too fast and ignore the seatbelt laws designed to… Read More »