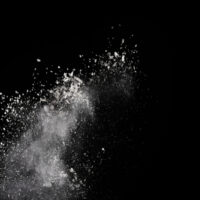 A Mississippi judge has allowed a toxic waste lawsuit to move forward after a couple says that buried toxic waste has leached into their property, caused damage to the property, and injured them. The lawsuit was split into two actions. The first action was the complaint alleging that the toxic waste contaminated the couple’s property. The second action was a separate personal injury lawsuit alleging that the toxic waste caused some sort of injury to the plaintiffs. The plaintiffs will be able to file a claim with the state’s Oil and Gas Board, while the personal injury lawsuit will move into circuit court.

The toxic tort lawsuit, which has only recently been filed, gives precious few details on the types of injuries the plaintiffs sustained and instead makes a claim that the defendants disregarded human and health and violated safety regulations by dumping, drilling, and then pumping and burying the oilfield waste. In this case, the plaintiffs are claiming that the buried waste pooled on the surface into discharge ponds.

These ponds can contain heavy metals, naturally occurring radioactive chemicals, as well as other chemicals used in the process of drilling for oil. Companies that drill for oil are responsible for doing so safely. While it’s not apparent what injuries the plaintiffs sustained, heavy metal poisoning and mild radiation poisoning are among the most likely.

Even though several other industries may produce an identical kind of waste with similar hazards, federal regulations don’t apply to the oil and gas industry. Instead, these regulations are left to the states to decide on their own. A state like California requires that all waste be tested for various biohazards while other states hold companies responsible through the tort system.

Mississippi is an example of one of those states. By allowing the lawsuit to go through, Mississippi is essentially allowing the afflicted parties to resolve their dispute through the court system. However, the couple who owns the property will need to show that they were specifically injured physically or medically by the haphazard waste disposal of the offending company. This is trickier than it sounds.

While a plaintiff’s attorney can hire multiple experts to discuss proper waste disposal management and how this company failed in that duty of care, one of the basic requirements of a negligence action is that the plaintiff must still show that the negligence resulted in their personal injuries. This can range from relatively simple to quite difficult depending on the circumstances. It will be an interesting case to watch as it progresses.

When a company creates a broadscale health hazard that injures or causes illness to those around it, they are responsible for paying the injured party’s medical expenses, compensating them for missed time from work, and compensating them for property losses they suffer as a result of the improper dumping. If this has happened to you, call the Miami personal injury attorneys at the office of Alan Goldfarb, P.A. today for a free consultation.