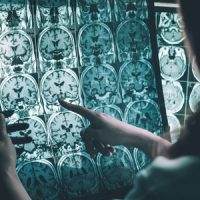 A new study recently released concluded that those who have sustained traumatic brain injuries during the course of their lives are at increased risk of suffering from Alzheimer’s or some form of dementia later in life. Research indicates that it can accelerate the course of the disease by as many as four years.

As a personal injury attorney, some of the most traumatic cases we see involve brain injuries. Spouses who fell in love with their wives and husbands have to deal with the fact that their personality will suffer a major change. They may not understand what’s happening around them or be able to do their jobs anymore. The individual may no longer be able to do the job they’re qualified for. It’s terrible for everyone involved. And now, the science seems to indicate that it accelerates the progression of one of the most devastating diseases that afflict the elderly.

Alzheimer’s is a form of dementia, but all forms of dementia are not Alzheimer’s. Dementia is an umbrella term that describes a cognitive decline correlated to aging. The decline is severe enough to impact the victim’s ability to perform the activities of daily living. While the causes of dementia can vary from case to case, dementia is almost always the product of abnormal changes within the brain.

Symptoms of dementia include a decline in executive functioning, emotional control problems, and a generic difficulty in following the plot of situations and communications. Much work has been done recently connecting traumatic brain injury to another condition, chronic traumatic encephalopathy (CTE) which is caused by multiple concussions and results in Alzheimer’s-like symptoms later in life.

This issue is complex for the courts. Calculating how much quality of life has been reduced or how much life has been lost due to an injury can be difficult. In some cases, mere reduction of life expectancy isn’t enough to even file a lawsuit. This is especially true when it comes to medical malpractice cases.

However, when it comes to an individual who has an established job and career that they will no longer be able to perform due to any injury, that individual is entitled to their projected lost wages. In many cases, this award can be much greater than the award for pain and suffering and lost quality of life.

That isn’t to say that the situation is clear-cut or without its own types of folly. Cognitive decline must be measured and sometimes the measurement is based on a supposed average for certain populations. In these situations, systemic racism plays a role. For example, if an insurance company assumes your cognitive ability is less than another person of a different race, they can claim your cognitive decline is less substantial than that person’s would be.

If you’ve been injured due to someone else’s negligence, you don’t have to eat the medical expenses alone, you are entitled to recover those expenses, plus lost wages, and pain and suffering damages. Call the Miami personal injury attorneys at the office of Alan Goldfarb, P.A. today to learn more about how we can help.