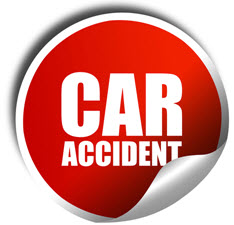 A woman has lost her life in a tragic accident that took place while waited for her bus at a Hollywood bus stop. According to reports, an elderly man who was driving an SUV lost control of his vehicle and crashed into the bench at the bus stop. He hit three people, two of which were pinned under his vehicle; he and all three of his victims were taken to the hospital. One of his victims, a Fort Lauderdale woman, was pronounced dead at the hospital; another of the victims suffered serious injuries, including broken neck and back bones. The cause of the crash is being investigated, but sadly, the outcome is that many family members and friends of all those involved will feel this loss for a long time.

There is no indication that the driver’s age was a factor in this fatal accident, but in Florida, with its large population of seniors, authorities have taken a closer look at the correlation between accident statistics and drivers of advanced age. Driving one’s own vehicle is a symbol of independence and is something that many people are hesitant to give up, even when they may reach an age where it makes sense for everyone’s safety to do so. The Florida Department of Highway Safety and Motor Vehicles does not want to take that independence from older drivers – so long as they remain able to drive safely. Though many older drivers may adjust their driving patterns and habits by limiting the number of trips they make, driving shorter distances, or driving only in daylight or in good driving conditions, many seniors do not make concessions for their age-related limitations and continue to drive past the point when they should stop.

According to the Insurance Institute for Highway Safety Highway Loss Data Institute, the numbers of drivers age 70 and over has increased, but the drivers in this age group are crashing less frequently than in the past. However, despite these encouraging facts, statistics do show that older drivers have higher rates of accidents resulting in fatalities than all other groups of drivers with the exception of young/new drivers, when you look at the number of miles driven. The total number of miles driven by older drivers is substantially lower than for other groups and, therefore, the proportion of crashes to the number of miles is higher than with other groups.

If you have been injured in an auto accident, you may be able to receive compensation for your injuries. Those medical expenses, lost time from work, and even pain and suffering endured as a result of someone else’s negligence on the road should not be your loss to bear, and the experienced legal professionals at the office of Alan Goldfarb, P.A. can help you to successfully pursue justice. Our Miami attorneys will review your case and determine a plan for success. Contact us now and let us start working for you today.