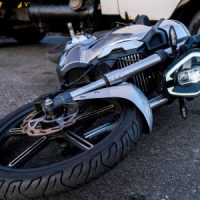 A lawsuit has been filed against the Miami Police Department after the death of a motorcyclist. The surviving victim of the accident, a young woman, claims that Miami PD chased her husband’s motorcycle and eventually struck the motorcycle until it crashed into a retaining wall. There have been four investigations into this particular incident. The investigation has spanned three years. The surviving victim was treated for a broken pelvis and femur. Her husband died.

Dashcam video taken from one of the motorcyclists shows the police vehicle “lying in wait” for the motorcyclists. Once they pass, the police car overtakes the vehicle with the dashcam and can be seen tailgating another motorcyclist, at one point reaching speeds of 100 mph. The victim said that she and her husband were being chased by police at the time of the crash.

She now blames police for the death of her husband and hopes that the City of Miami will hold their police department accountable for his death.

Three investigations were conducted by IA, MPD leadership, and MPD’s traffic homicide unit. All three claimed that MPD was not involved in the crash. Of course, that was before video footage showed a police cruiser chasing a suspect who eventually died. IA claimed that any police officer traveling at 100 mph would have also lost control of their vehicle. IA also reported that police had no operational plans in the area that day. This statement was later contradicted by police records.

Miami’s Civilian Investigative Panel lambasted the investigation suggesting there was evidence of a coverup. The panel pointed out that key statements made by the victim were left out of the final report or ignored entirely.

After CIP’s review, another investigation was ordered. This time PCS agreed that the officer was unsafely pursuing a motorcyclist in violation of department policy. There was some rebuke for IA as well.

There is an additional issue related to the dashcam on the victim’s vehicle. One of the police officers removed the dashcam and stored it in his desk, delivering it to another officer ten days later. The contents of the dashcam were not excavated until five months later. The officer said that there were some personal photos and videos, and video taken after the crash, but no video that actually caught the crash. To date, the crash itself was not caught on any video, only the elements leading up to the crash.

The police claim that the video shows the police cruiser approaching a solo driver, not a motorcycle with two people on it. However, they first denied any involvement in the crash, invented pseudo-scientific evidence to prove the crash couldn’t have happened the way the victims described, and then withheld a piece of important evidence. Attorneys are now requesting information on the retired police officer involved in the accident, but the officer has refused all requests for an interview.

If you’ve been injured by a negligent driver in a traffic accident, call the Miami personal injury attorneys at the office of Alan Goldfarb, P.A. to schedule a free consultation and learn about how we can help.