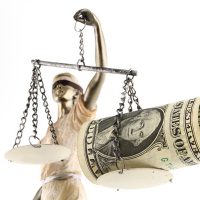 In 2014, a Florida state trooper made a careless U-turn that resulted in a four-car accident. Three young boys were severely injured. More than six years later, they are still waiting for compensation.

Part of the issue involves lawsuits filed against the state government. Florida, as all other states, has strict rules concerning when you can sue the government and for how much money. When someone is so severely injured that the largest sum they are entitled to is nowhere close to their actual damages, the plaintiff and their lawyer can file a claims bill with the state legislature. The legislature will vote on the claims bill and if successful, the family would be entitled to recover a larger amount than what is capped by sovereign immunity.

The claims bill related to the aforementioned case would allow the family to recover over $16 million from the Florida Department of Highway Safety and Motor Vehicles.

The trooper tried to cut across a median and make a U-turn going in the opposite direction. He misjudged the turn, however, and struck a guardrail. The plaintiff’s vehicle was coming from the opposite direction and struck the trooper’s car. It was then struck from behind by an 18-wheeler, crushing the trunk and sending the car airborne. It eventually hit a tree and caught fire. The woman’s three children had to be airlifted to the hospital, as they were all sitting in the backseat when the 18-wheeler struck.

One child suffered a traumatic brain injury, facial disfigurement, and respiratory failure. He has difficulty speaking, behavior control issues, and weakness to the left side of his body. A doctor said that the injuries are permanent and will likely prevent him from sustaining gainful employment. A second child was diagnosed with traumatic brain injury and required surgery for a scalp laceration. The boy was given a similar prognosis to his brother. The third boy also suffered traumatic brain injury, PTSD, and neurocognitive impairments resulting from the TBI.

The officer remained on the force until recently when an internal affairs investigation cleared him of fault in the death of a pedestrian whom he also struck with his vehicle. A request for information concerning whether the officer was still employed went unanswered.

If you’ve been injured in a major traffic accident, don’t just settle your case and move on. Let an experienced Miami personal injury attorney take a look, and potentially file a lawsuit on your behalf. The Miami personal injury attorneys at the office of Alan Goldfarb, P.A. can help you recover damages related to medical expenses, lost earning power, and reduced quality of life. Call today to learn more.