City Of Atlanta Sued After 8-Year-Old Is Shot 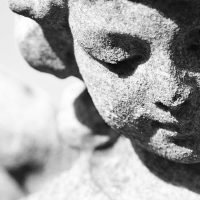 An 8-year-old girl took a stray bullet that passed into her mother’s car at the same site where a high-profile police shooting took place. The location became the site of protests and it is believed that the bullet originated with one of the protesters. The Wendy’s where the shooting occurred was burned to the ground. Armed men barricaded the area and turned some drivers away. As the vehicle approached the Wendy’s where the shooting occurred, the descendent and her mother, who were both black were flagged to stop their vehicle. At some point, one of the protesters began shooting into the vehicle. The 8-year-old girl was shot. The plaintiffs contend that the City of Atlanta is responsible for allowing the protest zone to remain intact. The protest zone was dispersed after the shooting and the burned Wendy’s was demolished.

According to the plaintiffs, police were told to render aid to any victims but to not be “overly proactive” when pursuing criminal complaints. The plaintiffs say this created a situation where there was unnecessary gun violence and that situation culminated with the death of their 8-year-old daughter.

As an example, the security officer at the Marjory Stoneman Douglas high school failed to intervene on behalf of the children who were being shot by gunman Nikolas Cruz. Even though the officer failed to act in accord with his job description and duty, there are no legal means of holding the individual (or even their employer) accountable through the tort system. Not only did the security officer fail to act, but the FBI ignored numerous red flags and allowed Cruz’s gun permit to go through. Nonetheless, the Supreme Court has ruled that no specific duty of care can be imposed on police officers. In other words, when they intervene or if they intervene cannot be the subject of a personal injury lawsuit.

One man will stand trial for the murder. He has pleaded not guilty to the charges saying that he was armed at the time of the murder but was not the one who fired the weapon into the vehicle. However, other than the imprisonment of a single teenaged gunman, the family will find no other form of justice.

Cases like this simply don’t work. They are filed as a form of protest to pressure city officials into addressing their failures, but this case likely will not survive summary judgment. The government is immune from failure-to-act lawsuits filed against police departments.

If you’ve been injured due to the negligence of another party, you can sue to recover damages related to your medical expenses, lost wages, and reduced quality of life. Call the Miami personal injury attorneys at the law office of Alan Goldfarb, P.A. today to schedule a free consultation and learn more about our services.