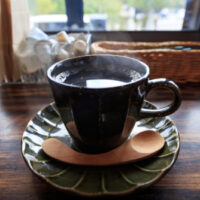 A disabled veteran who suffered a traumatic brain injury during a training exercise had gone to the Ozarks on vacation with his family. There they decided to eat at Lambert’s Cafe which is famous for its splendid rolls. They were seated near the kitchen when a server came trundling through the door, tossed a roll to the veteran’s father, handed one to his mother, and set one before the disabled veteran. When the veteran went to reach for the roll it was extremely hot.

Due to his traumatic brain injury, the veteran’s reflex was not to flinch from the burning sensation but to clench it in his fist. His father had to pry the burning hot roll from his hand. A blister began to form immediately and his parents took him to a nearby hospital.

Now the veteran is suing Lambert’s Cafe for injuries related to the burns he suffered as a result of the extremely hot roll. The claim that the server never warned them that the rolls were hot, but that the rolls were, in fact, hot enough to cause blisters to the man’s hands.

The aforementioned lawsuit is vaguely reminiscent of a case involving an old woman who spilled hot coffee on herself at McDonald’s. She then sued the company for her burns in what would become one of the most infamous product liability lawsuits of all time. While many summarily dismiss Stella Liebeck’s claim as frivolous, most of these folks don’t know the details behind the lawsuit nor the extent of her injuries.

While the Albuquerque grandmother acknowledged that the spill was primarily her fault, the lawsuit never centered on who caused the spill. It had more to do with the extent of the woman’s injuries. Mrs. Liebeck had third-degree burns to her pelvic region due in large part to the fact that McDonald’s served their coffee at 190℉. That’s 22° below boiling. According to one consumer research survey, the optimum temperature for coffee is 145℉ +/- 15°. In other words, between 130℉ and 160℉.

To top it off, Liebeck required extensive surgery including skin grafts to repair the damage from the coffee. In her original lawsuit, she only hoped that McDonald’s would pay for her medical expenses which cost her $20,000. McDonald’s in response offered $800. In addition, McDonald’s had gotten numerous reports that their coffee was causing extensive scalding injuries but claimed that their customers wanted the coffee that hot.

After hearing the evidence, the jury was so upset with how McDonald’s handled Mrs. Liebeck’s claim that they awarded her $2.86 million. Many were stunned at pundits used this as an example of why there needed to be “tort reform” to limit jury awards in personal injury cases. Eventually, the case was settled for $640,000.

In fact, McDonald’s got off easy and as a result, changed the way that they prepared their coffee.

The office of Alan Goldfarb, P.A in Miami can help manage your claim and see that you are compensated for your injuries. Give us a call at 305-371-3111 or contact us online for a free consultation.