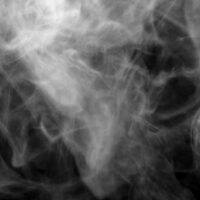 Monsanto, one of the companies renowned for engineering the anti-foliage chemical agent orange, is now fighting off series of product liability lawsuits in federal court. The question the jury will be asked to decide is: does glyphosate cause cancer? Lawyers for the plaintiffs will argue that it does. Monsanto’s attorneys will argue that it doesn’t. After the trial is finished we will still be no closer to knowing whether it does or it doesn’t.

What we will know if whether or not those who claim that exposure to Monsanto’s Roundup weedkiller will be compensated for developing cancers they claim are related to chemicals used to kill weeds.

Does it or Doesn’t It?

When a jury is asked to decide a complex scientific and medical problem like this, the scientific debate still rages on. Take the lawsuits against Big Tobacco for instance. The science on whether or not tobacco causes cancer is settled. The science surrounding glyphosate isn’t.

However, the International Agency for Research on Cancer, which is part of the World Health Organized, found that glyphosate was a “probable carcinogen.” However, the science used to reach that determination is not without its detractors. As soon as the study was released, there was pushback from U.S. politicians who jumped in to defend the weedkiller. Monsanto is a major player and a powerhouse corporation whose CEOs have headed up government agencies like the FDA. A lawsuit finding them negligent in the deaths of those who worked closely with their weedkiller could cost the company billions of dollars. Politicians, whose pockets are lined with Monsanto dollars, are expected to jump in and block attempts to expose the chemical as a carcinogen.

Nonetheless, cases against Monsanto are making their way through the courts.

What does or does not cause cancer is very difficult to determine. There are some substances like asbestos that are traceable to certain forms of cancer like mesothelioma. Agent Orange is another chemical that is heavily correlated with certain kinds of cancer. But we’ve all heard the phrase “correlation does not prove causation.” Why can one man smoke three packs of cigarettes a day and never get cancer while another never touches a pack in his life and develops lung cancer? We don’t really know. We suspect that there is a genetic component, but that services to complicate the problem. It certainly does not make it any easier for jurors to decide. It’s even harder for scientists who cannot conduct clinical tests on people.

Nonetheless, white mice tested in laboratories developed cancer after being exposed to glyphosate. On that basis, the WHO determined that the chemical was a “likely human carcinogen.”

On the other hand, rats tested for tobacco smoke never once developed lung cancer. It cannot be concluded from that study that tobacco is not a “likely human carcinogen”—so how can we ask a jury to decide from a study showing that rats develop cancer from glyphosate that humans will too?

For better or worse, the fate of the question lies in their hands.

If another’s negligence has caused your injuries, give the Miami personal injury attorneys at the office of Alan Goldfarb, P.A. a call at 305-371-3111 or contact us online. We will be happy to answer any questions that you might have.