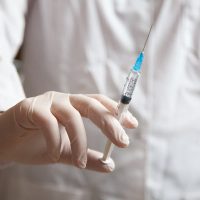 Ketamine is a powerful sedative and horse tranquilizer that is used in club settings as a recreational drug. Its use in non-hospital settings has been criticized by medical professionals after the deaths of two individuals. Now, a family is suing the ambulance company and paramedics who delivered the fatal dose of the drug after their loved one passed away. One thing that recreational users of the drug ketamine appear to know that the paramedics did not is that you never—ever—mix the drug with alcohol. In fact, the combination is used as a “knock-out” drug for the purposes of date rape. So an EMT delivering ketamine to a drunk woman who was lying on the ground crying is a medical error.

The woman was found in distress on the ground crying when an EMT delivered the fatal dose of ketamine despite the objections of another paramedic. The woman stopped breathing.

Ketamine is often administered to individuals who are psychotic or perceived as a threat to health care workers or law enforcement. However, there are many drugs out there that provide the same sort of reaction and they would not necessarily cause respiratory arrest in an individual who is drunk. You might as well be giving them heroin for all the good it will do them. There seems to be no sense in using ketamine for this purpose other than the fact that in high enough doses, it will completely immobilize someone.

What are the symptoms of excited delirium?

The office of Alan Goldfarb, P.A. represents the interests of Miami residents who have been injured by negligence. Call our Miami personal injury lawyers today to schedule a free consultation and learn more about how we can help.