Mother Sues After 9-Year-Old Struck By Car At School 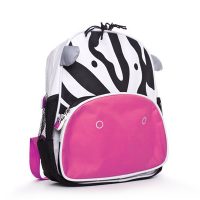 A mother from Washington, D.C. has filed a lawsuit against the school her son was attending after he was struck by a vehicle outside of the school and suffered severe injuries that left him a quadriplegic. The mother claims that the school was allowing him to wander around unsupervised when the accident occurred.

According to the lawsuit, the child was wandering the hallways of the school as she waited for her son to be brought to her. The child eventually wandered out of the school and into the street where he was struck by a car and paralyzed. He was attempting to get to his mother’s parked car, according to the lawsuit. His mother heard the crash and turned around, recognizing her son’s backpack in the roadway.

The child has since undergone multiple surgeries and at present, will never regain the use of his arms and legs. The mother faults the school for failing to abide by its own protocol of bringing the child to the parent for discharge from the school.

The driver of the vehicle that struck the child has also been named in the lawsuit. The parents claim that the driver was speeding at the time and her son looked both ways before crossing the street as he was taught.

Still, the parents believe that their child should have been accounted for by staff and that at the very least, crossing guards should have been available to see the children safely to the other side. The parents point out that this accident was wholly preventable simply by following the school’s own protocol and are seeking $50 million in economic relief, medical costs, and reduced quality of life.

So, by now, you’re likely on the side of the parents and believe that the school committed negligence resulting in permanent injuries to the child. But is $50 million really appropriate in a lawsuit like this? For the parents, they have incurred the cost of permanent in-home nursing services for their son who can no longer feed himself or care for himself. So, lawsuits involving injured (but not killed) children tend to cost defendants a lot of money. They have to pay for a lifetime of medical services plus pain and suffering damages. To boot, the injury was entirely the fault of the school for failing to account for someone under their care.

As of the writing of this article, however, the child died of his injuries shortly after his admission to the hospital. The parents, therefore, will be seeking compensation for wrongful death, but not permanent medical care. In many cases, this ends up reducing jury awards as opposed to increasing them.

The Miami personal injury lawyers at the office of Alan Goldfarb, P.A. file lawsuits on behalf of injured plaintiffs in Miami. Call today to schedule a free consultation and we can begin discussing your allegations right away.