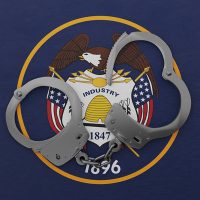 The grieving parents of Gabby Petito have filed a wrongful death lawsuit against Utah police over their handling of the investigation. However, such lawsuits are essentially prohibited by statute and this one is unlikely to survive summary dismissal. To be sure, other plaintiffs have tried to file lawsuits against police departments concerning their handling over domestic violence situations including restraining orders. In one case, a father murdered his children and then took his own life after their mother had filed a restraining order against him. The police ignored calls to intervene and eventually, the father showed up at the police department with a loaded weapon and opened fire on the cops. He was killed in the altercation, but not before murdering his children. Their mother sued and the lawsuit went all the way to the Supreme Court before the court rendered their decision.

Essentially, the court stated that law enforcement does not have a duty to act even if there is a restraining order in place. Broad discretion is given to law enforcement concerning how they enforce the law. The public cannot set policy for law enforcement. Hence, there is no requirement that they intervene on behalf of anyone. That includes Gabby Petito, the children of Parkland, and the woman who lost her children. While many believe that law enforcement should have a duty to act, the courts disagree and have decided cases against plaintiffs. These lawsuits tend not to survive summary dismissal. It is more than likely the same thing will happen to the Gabby Petito lawsuit.

There is a small window to sue law enforcement for a failure to act. In these cases, law enforcement must have a pre-imposed duty placed upon them by the legislature. Recently lawsuits that have survived summary dismissal all involve suits against DCF and related entities that failed to heed warnings of abuse prior to the death of a child. In most states, DCF has a duty to investigate allegations of abuse within the household. Allegations that DCF violated that duty are moving forward in some state courts. DCF, of course, claims that they have no duty to intervene. However, policies placed on them by the legislature mean that they do. In cases like this, the agency is sent mixed signals. Are they required to act or not? If they’re required to act, then can they be punished for their failure? If they are required to act then there must be some accountability in place for when they fail. The matter is being taken up by the courts and aside from surviving summary dismissal, there is no resolution to the case. However, surviving summary dismissal is a major achievement for the plaintiffs.

Gabby Petito’s parents claim that a domestic dispute erupted near a grocery store but police failed to intervene leading to further and escalating violence. This is specifically the type of lawsuit that is prohibited under rules related to sovereign immunity and suing the government.

However, Utah has specific rules regarding how officers are supposed to handle domestic violence situations and those rules may not have been followed. Worse still, the officers may have circumvented efforts to implement changes and asked loaded questions so that victims betrayed their own interests. One of the officers was previously accused of sexual misconduct.

If so, then the officers violated the department’s policy and that is actionable.

The Miami personal injury lawyers at the office of Alan Goldfarb, P.A. help families attain closure when their loved ones are wrongfully taken from them. Call today to schedule a free consultation and learn more about how we can help.