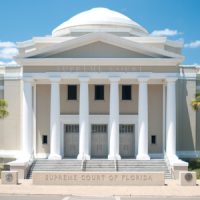 The Florida Supreme Court rejected an appeal brought by two women who alleged they were abused by a church worker when they were children. Many such lawsuits have been barred by the statute of limitations prompting some states to either extend the deadline for sex abuse cases that happened when the victim was still a minor. This has allowed some of the sex abuse cases filed against the Catholic Church, The Boyscouts of America, and other institutions that seemed to draw pedophiles.

The women alleged that they were molested by Daniel Heffield who was an employee of the New Life Community Church. The lawsuit accused the church of negligence for not stopping the abuse or negligently hiring someone likely to abuse. Named in the lawsuit was Heffield, the church, and Heffield’s parents who also worked at the church.

Claims Were Not Filed Directly Against Heffield

Yet many individuals lived with the pain and agony of the trauma for decades prior to discussing the matter openly. This is especially true when the abuse is directed at children who are often told that the sexual abuse is punishment for wrongdoing and bad behavior.

In this case, the question was, when does the statute of limitations begin ticking down? For the defendant, the abuse occurred in 2005 when she was 11 years old. In most states, she would be given four years from her 18th birthday to file the lawsuit against the church, which should be 2016, if the article’s numbers are right. The lawsuit, which was filed in 2014, was said to be past the statute of limitations. In Florida, minors only have seven years from the date of the injury to file a claim. In that case, the girl would have needed to file her lawsuit by 2005.

Most other states have either temporarily extended the statute of limitations for victims of childhood sexual abuse or otherwise helped victims file claims that would have been barred by the statute of limitations. These were lawsuits that would have been prevented from moving forward under normal circumstances. Since the Florida legislature has yet to address the issue and is the only court to have jurisdiction of the case, the court could not countermand the existing law to allow the case to move forward.

If you’ve been injured due to the negligence or malice of another person, call the Miami personal injury attorneys at the office of Alan Goldfarb, P.A. to schedule a free consultation and learn how we can help.