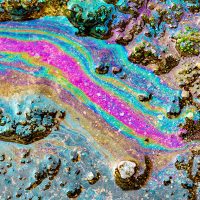 Over 100 military personnel have filed a lawsuit against the U.S. Navy after an underground gas fuel tank leaked toxic chemicals into the drinking water. Several of those on the base have reported health problems including seizure disorders, thyroid abnormalities, cancer, neurological damage, and more.

Now, the plaintiffs have turned up the dial on their rhetoric all the way to top volume. They have accused the Navy of gaslighting soldiers, an allegation made in Military Sexual Trauma cases. The Navy vehemently denies such claims and insists they’ve done everything in its power to see to the needs of its personnel amid a terrible catastrophe.

Why the accusation of gaslighting?

The accusation of gaslighting comes amid reports that patients have had their medical information changed to suit the narrative preferred by the U.S. military. In one case, a soldier presented to doctors with severe throat inflammation. She was told it was likely caused by exposure to jet fuel. However, later, her medical records reveal that the official cause of the inflammation was a virus.

Now, if you change someone’s medical records to protect yourself from a lawsuit, you essentially are saying that protecting yourself from that lawsuit is more important than the soldier’s life that is now in danger because their medical records are incorrect. You’d have to have no respect for that individual’s life at all to do a thing like that.

Hence, the extremely aggressive rhetoric is justified IF these allegations prove true. As a personal injury lawyer, you are expected to take the word of your client as gospel. With so many injuries, so many complaints, and an apparent cover-up, there would be no reason for an attorney to assume his client was exaggerating. In other words, the attorney believes that the military is intentionally changing medical records to avoid lawsuits.

The allegation forces the military to continue to do what it has been doing, deny, defend, and gaslight, if that’s the term you think fits. By the time you’re altering medical records to cover-up a problem, you’ve lost the plot of the story and become the villain. The military will do everything in its power to claim it didn’t happen, and then claim it was an honest mistake. There will never be an admission of wrongdoing, and the tactic of gaslighting will continue until the last culpable party has died. Even then, if it turns out the story could hurt recruitment, they will never admit there was an intentional effort to cover-up injuries. However, once there is more than one altered record, a defense of “honest mistake” becomes less and less likely.

The office of Alan Goldfarb, P.A. provides passionate representation for injured clients in the Miami area. Call our Miami personal injury lawyers today to schedule a free consultation and learn more about how we can help.