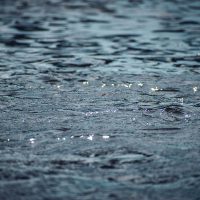 The family of a University of Alabama student has filed a lawsuit against a local bar that they claimed illegally served their son alcohol just before he died. The student was 20 at the time of his death. The parents further claim that the bar overserved the student alcohol when he was already intoxicated. The parents claim the establishment makes a habit out of illegally serving minors. The student’s body was found in the Black Warrior River a year ago. His cause of death was ruled an accidental drowning. A medical exam revealed that his BAC was nearly three times the legal limit at the time of his death.

There is also some question as to what happened to the security footage from the bar the night the student drowned. The student’s father asked the bar for security footage of the night he drowned but was told there was only one security camera and that it was pointed outside the bar. However, when asked by police, the establishment provided camera angles from inside of the bar.

If it turns out that the bar failed to card anyone who entered or otherwise knew that the customer was a minor, then the lawsuit would be actionable because the bar did not fulfill its duty of care by carding customers. The success of the lawsuit will hinge on whether or not the plaintiff showed the bar an ID before he was served alcohol. If he did, then the lawsuit is dead in the water. If he did not, then the parents can claim that the bar doesn’t card. If the bar doesn’t card, then the parents can claim that an incident like this was inevitable, and the bar will likely be sued into oblivion unable to repay the judgment exacted on it. That’s because the bar could be held liable for punitive damages on the grounds of intentional misconduct. That would be very bad for the bar and the bar would not likely survive the judgment.

The office of Alan Goldfarb, P.A. represents the interests of those who have been injured due to the negligence of others. Call our Miami personal injury lawyers today to schedule a free consultation and learn more about how we can help.