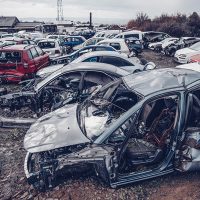 No charges have yet been filed against a suspect in a quadruple murder. However, the families of the victims have heard enough to file a wrongful death lawsuit against the suspect. Wrongful death lawsuits are sometimes filed against culprits in a murder case. While you can always file such a wrongful death lawsuit, individuals who are not insured by policies are much more difficult to hold accountable than those who are insured. The problem, of course, is that companies don’t offer murder insurance that indemnifies those who intentionally take the lives of others. That leaves victims filing lawsuits directly against the individuals.

When an individual senses that there is an incoming lawsuit, they can move to liquidate their assets. The sense of filing a wrongful death lawsuit against a suspect who has not yet been adjudicated guilty is to freeze their assets and prevent them from liquidating prior to the trial.

There isn’t enough evidence yet for the police to file murder charges against the suspect, but the details do not look good. There is evidence that the four men were at the defendant’s junkyard prior to their disappearance. Their bodies were recovered dismembered nearby after they were reported missing. There is evidence at the junkyard of a violent altercation. Shortly after, the suspect was found in Florida driving a stolen vehicle. His wife has since filed for divorce.

That final act is what spurred the personal injury lawsuit from moving forward as quickly as it did. The wife is claiming all of the real estate holdings belong to her. State law would require those holdings to be property of their marriage. If the assets are transferred to the wife, who is not liable for the murders, then the families would be suing an empty wallet. They may get their judgment, but there would be no hope of ever recovering money from it. As of now, the wife is named as a defendant in the wrongful death lawsuit too. Her attorney is fighting the injunction. No ruling has yet been issued.

As of now, the defendant denies all of the allegations relating to the deaths of the four men. However, he has yet to offer an explanation as to how he ended up in Florida in a stolen vehicle shortly after the men went missing. The men appeared to be making purchases from the defendant’s junk yards, so there is no indication of how the incident could have soured to the point that it ended with four deaths. Likely, that is also why criminal charges have not been filed in this case. The police are still searching for a motive.

The office of Alan Goldfarb, P.A. represents the interests of Miami residents who have lost loved ones to negligent parties. Call our Miami personal injury lawyers today to schedule a free consultation and learn more about how we can file a wrongful death lawsuit on your behalf.