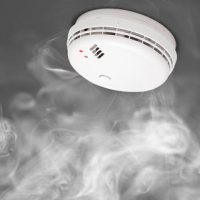 The family’s attorneys have also filed a lawsuit against the City’s Department of Buildings for failing to put any pressure on the landlords to fix the problems before they caused several unnecessary deaths and injuries.

When a fire breaks out at an apartment complex, an investigation into the cause of the fire will determine how it started. In many cases, how the fire started can determine liability. However, even if the fire was not the fault of the landlord’s failure to maintain the premises, the extent of the injuries or damage can be linked to a failure to have adequate fire safety protocols or measures available onsite.

So, basically, the landlords are being hit with two negligence claims. The first negligence claim is related to the fire itself. The landlords are (apparently) being blamed for failing to maintain electrical wiring that resulted in the fire. However, even if the fire was started by one of the tenants, the landlords would still be liable because they had inadequate fire safety devices such as smoke detectors, fire escapes, and the alarms kept going off and were subsequently ignored. Further, members of the public could access the apartment complex from outside because the doors wouldn’t latch shut. Lastly, there were no sprinkler systems on-premises and problems with the electrical wiring likely caused the fire in the first place.

Fires within a building should not result in mass-casualty events. While property and stuff is often lost, the stuff is insured, usually. The people generally have enough time to evacuate the building because of linked alarms that go off. Those within apartment complexes should have fire escapes that they can go through. Sprinkler systems should help control the fire before it spreads from one apartment to another. In this case, all the measures that we generally take to ensure that renters are safe failed. That falls squarely on the landlords and, by extension, the city for failing to ensure that the residents were safe.

Again, wherever there are resident deaths in an apartment complex, we see evidence of regulatory failures and an unwillingness to enforce the law.

If you’ve been injured due to your landlord’s failure to maintain a safe premises, the Miami personal injury attorneys at the office of Alan Goldfarb, P.A. can help you file a claim against the landlord and recover damages related to your injuries, lost property, lost wages, and reduced quality of life. Call today to learn more about how we can help.