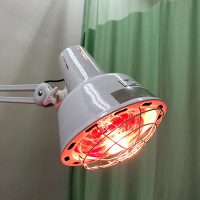 If your foot is burned during your dialysis treatment, you can be reasonably certain that something went wrong. In this case, instead of providing a patient with a blanket, a nurse turned on a heat lamp that cooked her left foot. The woman has since filed a complaint against the hospital alleging medical malpractice, negligent retention and hiring, negligent training, and negligent supervision.

The woman was a sufferer of type 2 diabetes and required regular dialysis treatments three times a week. At the point at which the injury occurred, she reported having little or no feeling in her feet. In other words, she didn’t realize she was being burned until she actually saw her foot or someone else reported the injury to her. Additionally, those with type 2 diabetes generally have difficulty with open wounds healing properly.

During one particular dialysis treatment, she asked a nurse for a blanket because her lower body felt warm. Instead of getting her a blanket, the nurse turned on a heat lamp and placed it near the patient’s foot. The nurse had forgotten that the patient had no sensation in her lower extremities and wouldn’t respond to the pain of being burned. Instead, the patient fell asleep and woke up with a severe burn injury.

The woman’s injuries were severe enough to leave her toes charred. While the woman slept, the smell of cooking flesh filled her hospital room. The lawsuit further alleges that the woman was not transferred to a different hospital where they could treat burn injuries. The complaint contends that the nurses simply ignored the injury and sent the patient on her way. As a result, the patient lost some of her left foot.

Under Florida’s rules, if the injury involves a medical decision requiring medical expertise, then the matter is medical malpractice. If it is something that a layperson could identify as negligence, then it isn’t medical malpractice. While leaving a heat lamp on a patient would seem like simple negligence, the medical experts would be expected to know that the woman lost sensation in her lower extremities. Further, they should have known that there would be complications with her wound due to her type 2 diabetes. Because they failed to consider her diabetes in terms of her exposure to painful heat, it does constitute medical negligence. Hence, the plaintiffs are stuck filing their lawsuit under a theory of medical malpractice which is more expensive than simple negligence lawsuits.

The Miami personal injury attorneys at the office of Alan Goldfarb, P.A. represent the interests of Miami residents injured by medical personnel. Call today to schedule a free consultation and learn more about how we can help.