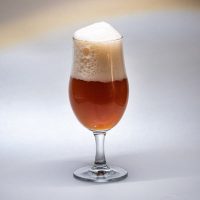 A man goes to a bar to catch a football game and asks for a sample of Honey Blond Ale. The bartender pours him a sample cup and the man takes a drink. He immediately begins suffering a burning sensation on his tongue, esophagus, and stomach. Within moments, he is in convulsions on the floor. EMTs arrive to treat the man and take him to the hospital. The man has just taken a swig of cleaning solution that was leftover in the tap. A Nevada jury awarded the man $8 million in damages. In this article, we’ll take a look at the defense’s strategy.

For those who are currently pursuing a personal injury case, this will be informative.

The defense completely denied the allegations without really addressing them up until about 4 days prior to the trial when they offered a settlement figure of $300,000. Now, there’s no real way to defend this claim. The bartender served the guy cleaning solution and he ended up in convulsions on the floor, incurred major medical expenses, and now lives with severe pain, permanent loss of taste, pain from ulcers in his esophagus, and serious nerve and tissue damage. So, how do you say that’s not your fault? Well, it may sound silly, but you do it like so, “This is not our fault.” It doesn’t matter that it is your fault and you have no defense because as soon as you admit that it is your fault, you’re liable for the damages. Attorneys are unlikely to settle a lawsuit without the impending pressure of a trial hanging over their heads.

Now, the better question is: Why take this case to trial? Essentially, four days before the trial began, the defendants offered an insultingly low figure to the plaintiff which would have compensated him for only a fraction of his medical expenses. It’s possible that the plaintiff offered an excessively high settlement figure like $16 million, but it’s more likely that the figure was actually lower than what the jury awarded, maybe somewhere in the range of $4 million. Instead, the civil defense attorneys rolled the dice in front of a jury and simply got crushed. It happens, especially when attorneys get up in front of a jury and tell them it’s the plaintiff’s fault he drank cleaning solution that was served to him by a bartender who knew the tap did not have beer in it.

So, just because the civil defense team representing the defendant you are trying to sue wants to play hardball, it doesn’t mean it’s going to work out to their advantage. In fact, it may backfire entirely and cost them millions of dollars like it did here. The defense bluffed and when they were forced to lay their cards on the table, they didn’t have anything to show. The jury let them know just how little they cared for their strategy.

The Miami personal injury lawyers at the office of Alan Goldfarb, P.A. represent the interests of injured plaintiffs in lawsuits against negligent defendants. Call today to schedule a free consultation and we can begin discussing your next moves immediately.