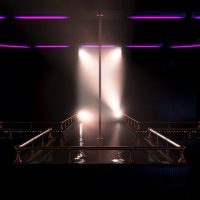 A recent lawsuit filed by a former employee of a gentlemen’s club shines a light on some of the differences between Florida law and other states. There are two elements to this lawsuit that would have prevented it from ever making it before a judge and both of these elements are important to understanding how Florida law works.

Firstly, what happened? Basically, one coworker drove another coworker home and this coworker was drunk. The two got into a high speed accident and the plaintiff died as a result of her injuries. Her family filed a lawsuit against the gentlemen’s club for overserving the coworker in control of the car at the time of the accident. While the case was allowed to move forward in Texas, it would have been dismissed outright in Florida. Below, we’ll discuss the Florida statutes that prevent such lawsuits from moving forward.

Florida has very limited social host and dram shop liability laws. If you’ve never heard the term “dram shop” before, it simply means a place where alcohol is served. Unless the patron is under 18, the bar cannot be held liable for the conduct of a drunk patron who causes an accident on their way home. So there’s no theory of liability in Florida that can hold a gentlemen’s club liable for a drunk driving accident that occurred off-premises.

Texas and Florida have radically different laws when it comes to workers’ compensation which generally prevents employees from filing lawsuits against their employers. Instead, Texas employers can opt out of workers’ compensation but they must cover the injuries themselves or allow themselves to be sued. Instead of letting themselves be sued, they generally force all employees to sign arbitration agreements that would force their complaints in front of an arbitrator instead of running the risk of a jury verdict. In this case, the employer was able to successfully argue that the arbitration agreement applied to this case and thus, the family will have to argue their case in front of an arbitrator as opposed to a jury.

What would have happened in Florida?

In order for the case to proceed in front of a jury, the plaintiff would have had to argue that the individual who caused the accident was an alcoholic, the gentlemen’s club knew of her alcoholism, and somehow encouraged or facilitated her access to alcohol. Such lawsuits move forward occasionally on these grounds, but bar employees are not able to make diagnoses on an individual’s alcoholism. So, they are very difficult to win. A case could proceed against the drunk driver, but their liability coverage is likely somewhere in the range of $25,000. In other words, if you get into a vehicle with a drunk driver, your parents may not be able to sue anyone in Florida.

If you’ve been injured due to the negligence of another party, the Miami personal injury attorneys at the office of Alan Goldfarb, P.A. can help you recover damages related to your injuries. Call today to learn more about how we can help.