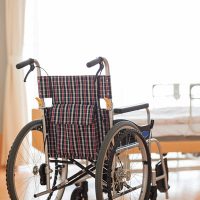 A lawsuit has been filed after a nursing home lost a patient during a hurricane. The lawsuit contends that numerous nursing homes all operated by the same management company had to evacuate patients from their facilities and move them into a warehouse to ride out the storm. During this process, however, they lost one of their patients who eventually turned up later, but died shortly afterward. The nursing home is now being sued for wrongful death.

The lawsuit makes a number of allegations. The plaintiff contends that the warehouse was an ill-conceived landing spot for the residents. They also maintain that there wasn’t enough staff there to accommodate the nearly 800 residents of various facilities. Several lawsuits have been filed against the nursing home management company alleging that the residents were subjected to “inhumane” conditions. The Department of Health agrees with the plaintiffs.

According to Health Department officials, they responded to a call at the nursing home but the owner “swore and yelled at them”, so they came back with police and removed the residents. At one point, they said, residents were being forced to use buckets to relieve themselves. The seven nursing homes operated by the management company have since shut down and their license has been revoked. The owner is facing multiple charges including cruelty to the infirmed and Medicaid fraud. At least 15 residents were killed after being transported to the warehouse and one went missing.

As of now, there are numerous wrongful death and personal injury lawsuits being filed against the nursing home. The owner is facing criminal charges, and the nursing homes have been shut down. The lawsuit we are focusing on involves allegations that the nursing home is responsible for losing a patient and that this directly led to his untimely death. It’s worth noting that the victim was not found dead, but rather alive.

The nursing home will begin its defense by claiming that the man was lost when the Department of Health tried to evacuate the residents from the warehouse. They will maintain that had the Department of Health not initiated the evacuation, the man would have remained where he was. If the nursing home cannot make that argument stick, they will claim that the man’s death was unrelated to any incident resulting from him wandering off from the facility. The man was recovered two and half months after he was reported missing. After that, he was able to attend a family reunion. Shortly thereafter, he suffered a stroke and succumbed to his illness. The man became a resident of the facility after he had suffered numerous strokes.

While the quality of care rendered to the man was beyond substandard, it’s hard to ascribe any good reason why his death resulted from the substandard quality of care. Proving wrongful death on these grounds may be challenging.

The Miami personal injury lawyers at the office of Alan Goldfarb, P.A. represent the interests of those who have been injured due to substandard quality of care rendered by nursing homes. Call today to schedule a free consultation and we can begin discussing your case immediately.