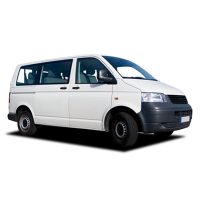 We recently wrote an article about a child who was killed by a school bus that had just dropped him off. The child had walked in a blind spot in front of the bus and the bus driver didn’t see him. The lack of an extending arm in front of the bus to prevent children from walking in the blind spot was cited as a likely culprit that could have avoided the accident. Now, another Texas child is dead after being dropped off from school in a private van. According to police, the boy was excited and ran to his parents but the van driver never saw him. Criminal charges are being considered against the van driver for culpable negligence, but it remains unclear whether any charges are appropriate to this situation.

The parents have filed a lawsuit against the van driver and the owner of the van and the company that operated the van without the proper licensing. The defendants are moving to shift their assets out of their estate as quickly as possible. In fact, on the same day of the child’s funeral, the defendants moved their house to their children’s estate. They will attempt to do the same with anything else of value they have. However, the court can void the transaction because it’s being used for fraudulent purposes.

The company was not licensed or authorized to provide livery services for parents. It was a mom-and-pop operation. For the plaintiffs, there will be a good amount of frustration as the defendants attempt to avoid responsibility for this situation.

The plaintiffs may be out of luck

The biggest problem for the plaintiffs is that the business operated without the proper licensing and likely did not have a general insurance policy that would indemnify them in the event of an accident. It is further questionable whether or not the driver’s personal liability policy would pay out in the event that the driver was using the vehicle for commercial purposes if it was registered as a non-commercial vehicle. The question of “who pays” then becomes a serious issue. If there’s no insurance policy, then the settlement must be extracted directly from the defendant’s estate. If the defendant is poor, then there isn’t much to recover.

In this case, the most valuable asset the defendants have is likely their home which they have moved to transfer to their children. The court will likely void the transaction as fraudulent, but without an order freezing their estate, it may survive anyways.

As of right now, the only justice the plaintiffs may receive is from the criminal courts and that’s only if prosecutors can find reasonable charges to pin on the driver.

Miami personal injury lawyer Alan Goldfarb helps individuals file lawsuits against negligent parties responsible for their injuries. Call today to schedule a free consultation and learn more about how we can help.