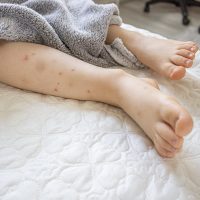 The family of a man who is a resident at a nursing home filed a lawsuit against the nursing home alleging neglect and abuse. The man had suffered severe oxygen deprivation after a surgery and was left with severe cognitive deficits, unable to communicate with staff or his family. The man suffered severe brain damage after his brain was deprived of oxygen for an extended period of time. The man survived the surgery but in a vegetative state. His mother visited him every day at the nursing home and began logging each new bruise or abrasion she found on him. She documented several black eyes and bruises as well as excessive weight loss and other physical changes.

During his stay at the nursing home, the man suffered bed bug bites, scabies, sepsis, and other infections. Additionally, his mother documented several unsanitary conditions at the nursing home that led to her son’s ailments. His mother contends that the nursing home failed even the most basic standards of care that would be expected of a residential treatment facility.

In a case like this, you have a very savvy mother who is protecting her child. She went out of her way to ensure that she had all the documentation necessary to get a lawsuit off the ground before she took the matter to an attorney. She was able to present them with pictures both before and after his stay at the nursing home, document several injuries he suffered as a result of the quality of care, and reported that the staff never took her concerns seriously.

In a case like this, nursing staff would be expected to move a bed-bound patient to prevent bed sores. However, the conditions at the nursing home were so bad, that the patient ended up with numerous bed bug bites. Scabies is an infection caused by mites that produce a rash underneath the skin.

Further, the mother alleges that her son had unexplained bruises on his body and at least one black eye. It remains unclear how the black eye occurred, but it wouldn’t be the first time a severely disabled patient was abused by members of a nursing home staff. It will, however, be difficult to prove how the patient acquired the black eye.

The foundation of the lawsuit is based in negligence and not abuse. The plaintiff contends that the conditions of the nursing home were so substandard that it caused injury to her son and endangered his life. However, the actual damages resulting from that negligence appear to be infections, bruises, and rashes. While the allegations are damning, the actual injuries suffered by the patient are minor. That means that the patient may not necessarily recover major damages from the suit, but that may not be the point either. In a lot of cases, getting the allegations out there and placing pressure on the nursing home is more of a payoff for plaintiffs than the award money. Nonetheless, with allegations as damning as this, punitive damages are not out of the question.

The Miami personal injury lawyers at the office of Alan Goldfarb, P.A. represent the interests of those who have been injured by negligent nursing home staff. Call today to schedule a free consultation and learn more about how we can help.