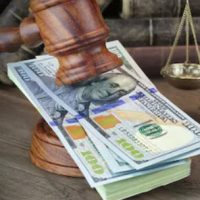 The University of the Incarnate Word (UIW) has settled a lawsuit filed by the family of a former student who was shot five times during a traffic stop. The student was white. The university had argued that it could not be held liable for the death under rules related to sovereign immunity. Texas has much stricter sovereign immunity rules than many states. However, they are basically the same everywhere.

In cases where a government employee is executing the duties of their job as explained by the policy of the department they work for, it is impossible to hold them accountable. However, negligence lawsuits are permitted to move forward when a government employee acts outside the scope of their duty. The distinction is important but it is also inconsistent because it depends on the specific policies of specific departments. You can never hold a police department responsible for implementing a bad policy. Policy choices are sacrosanct. Deviation from policy choices, however, is actionable.

In 2020, the case was heard by the Texas Supreme Court. The University had attempted to defeat the lawsuit on the grounds of sovereign immunity. However, the Texas courts rejected their claims and allowed the case to move forward. Eventually, the University settled the case for an undisclosed amount of money. Both sides appear happy that the matter is settled.

It’s hard to say since the matter is now sealed. However, an officer pulled over the deceased after he claimed he saw his vehicle weaving in and out of traffic. The student pulled his vehicle into a campus apartment parking lot where he was detained by the officer. A physical struggle ensued and the student was shot five times.

A grand jury declined to indict the officer on criminal charges. However, he was placed on administrative leave and eventually resigned from the university. The officer was involved in some undisclosed “troubling episodes” prior to being hired by the university. He was also involved in troubling episodes while at the university, including using a fender-bender as a pretense to intrude on a female student’s dormitory. The officer was also involved in the inappropriate brandishing of his weapon and he allegedly shot up a bunch of pigeons after they pooped on police vehicles. So, not a paragon of lawfulness.

The officer’s version of events is contradicted by his bodycam, a coroner’s report, and an audio recording. Bodycam footage shows the victim cooperating with the officer until the officer initiated contact at which point, the student became frightened. Attorneys for the defendants attempted to depict the student in a state of “excited delirium” but the student had no history of violence.

The office of Alan Goldfarb, P.A. represents the interest of Miami residents who have been injured due to the negligence of another party. Call our Miami personal injury lawyers today to schedule a free consultation and we can begin preparing your case immediately.