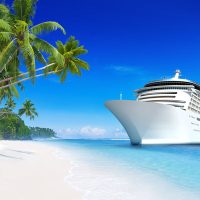 A family alleges that their 3-year-old daughter was sexually abused by a 7-year-old girl aboard a Disney cruise. The family has since filed a lawsuit against Disney for $20 million. The key evidence in this lawsuit is a video that the parents have interpreted as depicting a sexual assault. However, Disney and a judge presiding over the case failed to interpret the video the same way. The judge stated that nothing in the video jumped out at him as being inappropriate. The parents contend their child was “excessively groped” by the other child. The parents further allege that the sexual misconduct took place in plain sight and none of the employees recognized it for what it was. At this point, no one except the parents and their lawyer have interpreted the conduct as sexual assault.

While the judge failed to see the video the way the parents did, the judge did comment on the fact that the child appeared to be upset after the incident and that crew members attempted to console her. The parents and the judge are asking that Disney give them access to the employees so that they can recount what happened in the immediate wake of the alleged attack.

An attorney for Disney, however, argued that the cruise line should not be forced to turn that information over or give the plaintiffs access to employees. Disney contends that the incident was never reported to its staff.

Disney will defend this lawsuit

Disney isn’t paying a dime to these parents until they show some evidence that their daughter was sexually assaulted by the 7-year-old girl. The video doesn’t show that and the parents were focused on that video to prove their case. Disney turned over the video and the video was at best unclear. It does show that the three-year-old girl was upset and that staff attempted to console her. Disney’s main problem with giving the parents access to their staff is likely only due to the fact that Disney feels this is a baseless lawsuit from money-grubbing parents. Disney is unlikely to be overly concerned about what the staff did to console the child after her interaction with the older girl.

Disney’s position is that the parents are trying to leverage them out of money. The parents never reported the incident to Disney, which is fine—cruise lines don’t handle situations like this well with their private security teams. But the parents did go to the FBI after the incident occurred, and the FBI did not appear interested in what they had to say. Disney further contends that the family changed their story once the one on the FBI didn’t pay off and are now presenting new allegations to try to cash in on their daughter’s alleged assault.

The plaintiffs are pressing forward with their allegations, but the judge refuses to allow the (now) five-year-old victim to be deposed, creating problems for the plaintiff’s attorneys.

The Miami personal injury attorneys at the office of Alan Goldfarb, P.A. represent the interests of those who have been injured aboard cruise ships. Call today to schedule a free consultation and we can begin preparing your claim immediately.