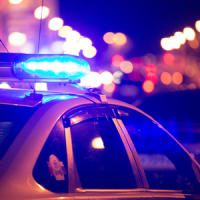 We’re seeing a lot of personal injury lawsuits filed on behalf of plaintiffs who were injured by police. That includes the high-profile lawsuits such as George Floyd and Briona Taylor that were recently settled at taxpayer expense for a combined $50 million. In this article, we’ll discuss qualified immunity, what it really means, and how it is used as a defense against allegations of police brutality.

If you harm someone else, you are liable for their injuries. However, only the government can be named as a defendant in a civil rights lawsuit since the breach of Constitutional Rights is the domain of the government. Qualified immunity provides liability protection to any government employee (including police, teachers, and sometimes even contractors) from negligence claims within the scope of their government duty.

As an example, let’s say a police officer is attempting to control a situation that gets out of hand. The police officer feels a bullet fly by their head so they draw their gun and point in the direction the bullet came from. Instead of hitting the gunman, they strike someone else. Since the officer had a reasonable suspicion that his life was in danger, he can argue he was attempting to protect himself and others by returning fire. However, he struck some else and they died. It was an accident and perhaps negligence, but it doesn’t rise to the standard of intentional harm and is thus considered within the scope of police duties. A plaintiff may sue the city alleging negligent training, but they may not sue the officer.

The situation gets blurrier the more it is detached from simple negligence. For example, kneeling on a suspect’s neck for nearly 10 minutes could be said to be outside the scope of the officer’s duties. The officer, of course, would disagree. Nonetheless, there isn’t strong enough evidence to claim that the conduct was intentional, just negligent, and perhaps even ignorant.

That being said, in order to be covered under qualified immunity, a government official must prove that they were acting within the scope of their duties. When it comes to police officers, this is almost always the case, even when the force is excessive. In other words, qualified immunity does not protect those who are “plainly incompetent” or “violating the law”.

Is Ending Qualified Immunity a Solution?

It’s more of a symbolic gesture than a real solution. Individuals, as stated earlier, cannot be the subject of Constitutional rights violations. Further, police officers who would be targeted by these actions often don’t have significant resources against which to sue. They are often paying criminal defense attorneys and eventually become judgment proof, meaning that it isn’t worth the effort to go after the debt.

So ending qualified immunity may be a means of holding individual officers personally liable for injuries, but it won’t necessarily be a panacea for the country’s woes.

If you’ve suffered an injury due to the negligence or malice of another party, call the Miami personal injury attorneys at the office of Alan Goldfarb, P.A. today to schedule a free consultation and learn more about how we can help.