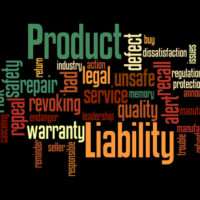 Parkland victims are suing the makers of the AR-15-style weapon that was used in the Parkland Massacre. Families of the victims believe that the gunmaker, American Outdoor Brands (formerly Smith and Wesson) and Sunrise Tactical Supply who sold the weapon are at least partially to blame for the massacre that took the lives of 17 people.

While a personal injury lawsuit aimed at gun manufacturers may on the surface seem likely to render a plaintiff’s victory, it’s not entirely clear if gun manufacturers can be sued. The first step for plaintiff’s attorneys, therefore, will be to argue that victims of the Parkland shooting can, in fact, sue the company whose product was involved in the deadly assault.

Can Gun Manufacturers be Sued by Victims?

That’s the question that needs to be answered by judges. The defendants are claiming that they have immunity from personal injury claims. If the court agrees with them, then the plaintiffs may be on the hook for paying the named defendants’ legal fees.

The decision could go either way. At the center is a statute passed in 2001 that ostensibly prohibits all civil actions against firearms manufacturers or distributors. But the wording is ambiguous. The law only states that the government is restricted from pursuing these actions. It does not explicitly state that victims are prohibited from bringing actions against manufacturers.

The law does, however, allow government or individual action against defective weapons. However, the same section goes on to say in Section 5(a): “…the potential of a firearm or ammunition to cause serious injury, damage, or death as a result of normal function does not constitute a defective condition of the product.”

In other words, the judges must decide if the original lawmakers made no mention of victims being able to pursue a legal action against a gun manufacturer because they wanted to leave that possibility open, or if the original intent of the law was to bar all liability suits against gun manufacturers that involved the normal functioning of a weapon.

Will the Case be Tossed?

While it’s pure speculation at this point, the law appears on the surface to protect gun manufacturers from liability in cases where their products are used for criminal activity. It’s is more likely that that is the spirit in which the law was written. It seems unlikely that the plaintiff’s motion to sue will survive summary judgment on the grounds of complicity.

Ironically, if the gun bought by the shooter backfired and thereby caused him injury, he would have better grounds to sue that the parents of the victims. This and other laws passed at the federal level, seek to insulate gun manufacturers from these kinds of tort cases.

Just because the case is tossed, however, doesn’t mean that the law that protects gun manufacturers is necessarily legal. Plaintiffs may be motivated to appeal the decision to the Supreme Court if they’re so inclined. At that point, a determination would need to be made that the law violates some constitutional statute and the case would be allowed to go forward.

Have You Suffered an Injury?

The attorneys at the office of Alan Goldfarb, P.A. Personal Injury Attorney of Miami handle a wide variety of personal injury cases. If you’ve been injured, give us a call at 305-371-3111 and we can get started on your case right away.