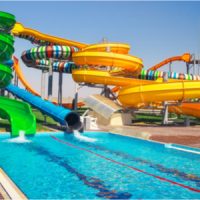 Serious injuries are being reported from one of Florida’s most popular attractions, Universal’s Volcano Bay waterpark. Incidents include visitors who nearly drowned, paralysis, brain injuries, and at least one incident of a woman who sustained injuries after she suffered an electrical shock from a malfunctioning piece of equipment. She has filed a lawsuit in Orange County.

She was just one of several injuries that were reported that day after the park endured an electrical problem. The park was forced to close later that day. Several of the park’s own employees as well as other guests reported mild electrical shocks while the park was having its electrical issues.

According to the best available evidence, the problem was caused by underground cables but the plaintiff who was electrocuted maintains that she suffered permanent injuries. The park has taken the position that her injuries were the result of a pre-existing condition, blamed a third-party, and also laid some of the blame with the plaintiff herself. But if the park is responsible for maintaining the underground cables, then the park is responsible for the injuries their malfunction caused.

In addition to the woman who was electrocuted, a plaintiff from New York maintains that he was paralyzed when he exited a water slide. The force of entering the water caused his neck to snap back, which he claims led to his paralysis. His daughter and wife found him face-down in the water and flipped him over when they found him not moving.

The man was evaluated at Orlando Regional Medical Center where it was determined that he suffered a severe compression from the C3 to C7 vertebra (those in your neck). According to Volcano Bay, the man only suffered a mild numbness in a report issued to the state. Such reports are issued quarterly to report any injuries that occurred at the park. Doctors were able to repair some of the damage, but the man still does not have the full use of his arms or legs.

While the majority of amusement parks in the State of Florida are inspected by the Department of Agriculture, Universal, Disney, and Sea World are all exempt from state inspections. These parks have over 1,000 employees and some of those employees are themselves inspectors.

Theme parks are generally strictly liable when one of their attractions malfunctions and causes a guest injury. That means that the guest does not have to prove negligence, only that they were injured by the attraction. In this case, the best defense for the park is to claim that the visitor contributed to their injuries, that the park only exacerbated a pre-existing condition, or that some other party contributed negligence.

If you’ve been injured in a theme park, talk to the Miami personal injury attorneys at the office of Alan Goldfarb, P.A. We can file a complaint against the theme park and hold them accountable for their negligence. Call today for a free consultation.