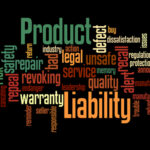 A Florida man who claims the shingles vaccination, Zostavax, actually gave him shingles. Shingles is caused by the same virus that causes chickenpox in children, the herpes zoster virus. As children, we get chickenpox and our immune system adapts, fighting it off. The virus, however, hides in our nerves and can remain dormant for… Read More »

We are all well aware of the importance of wearing a seat belt and the difference it can make we are involved in an auto accident. The statistics regarding seat belt and safety are easy to find and even easier to understand – seat belts save lives. Most states require occupants of vehicles wear… Read More »

Faulty Airbag Lawsuit to Be Heard in Southern Florida

Many individuals are aware of the stories involving faulty airbags across the country. For several years now these faulty airbags allegedly have caused very serious injuries due to a violent explosion that occurs during deployment. Even in small accidents, some reports indicate that when the airbags deploy, they send a blast of metal shrapnel… Read More »

We’ve all heard the term “class action,” whether it be in light of the recent car manufacturing defects, on a commercial for a faulty medical device, or an e-mail from a big company telling us we can be part of a “class” if we so choose. You may have suddenly received an e-mail from… Read More »

Public transportation is the preferred method of transportation for many Floridians. It is inexpensive, convenient, and generally safe. However, due to their sheer size, the amount of passengers on board, and a lack of safety features, busses can also be dangerous and lead to injuries of passengers or passers-by. The same concerns go for… Read More »

Florida lawmakers have jumped on the bandwagon and implemented new child safety restraint laws effective January 1, 2015. With hundreds of thousands of children being injured in car crashes each year, and numerous seat belt recalls being issued in 2014, auto safety concerns have been at the forefront of national media coverage. Florida lagged… Read More »