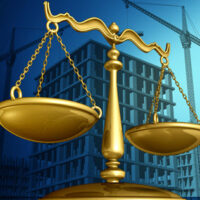 A Florida man who claims the shingles vaccination, Zostavax, actually gave him shingles. Shingles is caused by the same virus that causes chickenpox in children, the herpes zoster virus. As children, we get chickenpox and our immune system adapts, fighting it off. The virus, however, hides in our nerves and can remain dormant for decades until later in life when the immune system may be compromised. This is known as shingles and it is particularly dangerous to those in their later years.

Zostavax is a vaccine for shingles that contains a small amount of the live herpes zoster virus. The idea is to train the immune system to attack the virus and thus prevent a flare-up of shingles in older adults. Unfortunately, this requires a healthy immune system in order to work properly. If a small amount of the live virus is entered into a system that isn’t functioning properly, it could, indeed, cause a case of shingles.

Who is at Fault?

The plaintiff, in this case, has chosen to target Merck & Co. for producing the Zostavax vaccine. Product liability lawsuits come in one of three kinds. Those are:

In this case, the plaintiff is alleging that Merck & Co. failed to warn doctors and patients that this vaccine could potentially cause the very illness that it was attempting to prevent. Perhaps had his doctor known that there was live virus in the vaccine or there was a warning about giving this virus to those who had compromised immune systems the patient’s injuries could have been avoided.

As a result, the patient suffered an onset of shingles and permanent nerve damage caused by the shingles. He is suing Merck & Co. because there is nothing in the vaccine’s warnings about live virus or potential side effects beyond itching at the injection site.

The plaintiff has also tacked on allegations of design defect, negligent misrepresentation, and is seeking punitive damages for his injuries.

Product liability suits are unique insofar as plaintiffs do not have to prove negligence. When a plaintiff’s attorney does attempt to prove negligence, it is usually because they are pursuing punitive damages which are awarded in the case that the defendant’s negligence was egregious enough to warrant a stiff punishment. If it can be shown that Merck & Co. intentionally blackholed information concerning side effects, the plaintiff may be able to recover punitive damages.

If a defective drug or other product has caused your illness or injury, the Miami office of Alan Goldfarb P.A. can help you recover damages for your injuries. Give us a call or contact us online and we can begin discussing your case.