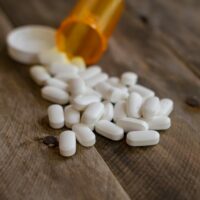 Recently, 15 Zantac lawsuits have been transferred into Florida courts. Zantac is an antacid and antihistamine that is sold both over the counter and by prescription. Plaintiffs are alleging that batches of Zantac (known as ranitidine) were contaminated with a carcinogen that directly led to various types of cancer. Testing conducted in September of last year showed that there were trace amounts of NDMA (N-nitrosodimethylamine). This triggered at least two companies to pull the product off the shelves and issue a recall.

Which Products are Affected?

Ranitidine is an over-the-counter and prescription medication that is used to treat heartburn, stomach ulcers, and other disorders involving stomach acid. It works as a stomach acid antagonist. Only two companies have recalled their products thus far meaning that ranitidine is still available on the shelves.

What is the Contamination?

It’s unclear whether there is a contamination or whether or not the drug itself is simply dangerous and defective. NDMA is an environmental contaminant and is classified as “very likely” to be a cancer-causing agent in humans based on tests done on animals. Those who are exposed to larger doses of ranitidine over extended periods of time are believed to be at the highest risk of developing cancer.

As more information becomes available about the problems with Zantac, the FDA has issued a warning to consumers recommending that they do not take the medication. However, those who rely on the medication must be careful about how much they take and for how long they take it.

Soon after the recalls were issued, lawsuits were filed against the companies that produced ranitidine. They are likely to be given class-action status. Plaintiffs allege that they contracted various types of cancer from the drug. Most notably, this includes stomach cancer and bladder cancer.

The lawsuits also allege that manufacturers of ranitidine knew that there was some amount of NDMA in their medicines and failed to warn the public or issue a recall until a study showed NDMA contamination.

The lawsuits will be tried in the Southern District of Florida where most of the first plaintiffs are located. The judge will select several “bellwether” cases to test how juries react to the claims. If the drug company loses the majority of these cases, it could spur an early settlement.

Plaintiffs would be entitled to compensation for their medical expenses, lost wages, and reduced quality of life or pain and suffering damages. In addition, punitive damages will be in play for the manufacturers’ failure to warn customers when it had the knowledge and ability to do so.

If you’ve been injured by a dangerous or defective drug, the Miami personal injury attorneys at the office of Alan Goldfarb, P.A. can litigate your case and hold the company accountable for your injuries. Call today to schedule a free consultation and learn more about how we can help.