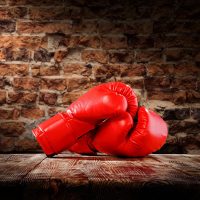 The parents of a student who died in a charity boxing match sponsored by his fraternity have filed a lawsuit against the university, the fraternity, a referee involved in officiating the fight, and the venue where the fight occurred. The individual against whom he fought is not listed as a defendant in this lawsuit. As a result of the incident, both the national chapter and UNLV’s chapter were suspended by the university.

Fraternity lawsuits are becoming much more common. They generally involve allegations of wrongful death against a fraternity over a hazing incident or something that happened at a party. However, this is a special case because the individual who died consented to partake in a boxing match. Those in boxing matches don’t have recourse to sue after they have been killed or injured. It’s part of the risk. However, the fraternity brother was not a professional boxer. In this article, we’ll discuss the elements of his claim.

Is the fraternity responsible?

The fraternity will almost certainly present a consent defense to the allegations of negligence. They will claim that the brother consented to get into the ring and a terrible tragedy occurred, but ultimately, they are not responsible for that tragedy.

How do you get around that? Well, in this case, the fraternity had been running a similar event for several years. In one case, a brother was knocked unconscious and had to be brought to the hospital. That means that serious injury was foreseeable. Further, none of the individuals involved were trained boxers. No medical examination was conducted before the bout. Equipment issues were reported by other boxers before the match.

Lastly, allegations that the referee failed to stop the fight and was visibly drunk at the time of the match will impact the ability of the fraternity to claim consent. They can claim that the fraternity brother consented to the fight, but not that he consented to a fight that would not be stopped even if he was visibly injured by a referee who was intoxicated. Police say that the events surrounding the boxing match were not criminal and thus, no charges will be filed against anyone involved. However, the legislature passed a vote forcing anyone who promotes such an event to follow the same strict regulations that professional sporting competitions are held to.

The fraternity is responsible for setting up a dangerous event and then allowing someone to be killed based on the event. They had no idea about all of the preparation that goes into a boxing match, the physical condition of the athletes, or the medical clearances boxers had to pass before getting into the ring. As a result of this negligence, someone was killed. The fraternity could have reasonably foreseen this event because others were injured. Hence, the fraternity should be held responsible for this boy’s death.

If you’ve lost a loved one due to the negligence of another party, call the Miami personal injury lawyers at the office of Alan Goldfarb, P.A. today to schedule a free consultation and discuss the matter in further detail. We can help.