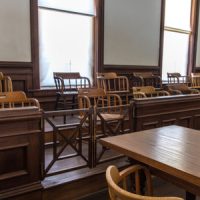 A Florida woman was awarded over $100,000 by a jury after she successfully sued her insurance carrier. The woman was in a rear-end collision with an uninsured driver and the insurance carrier offered her $1,000 to settle the case. She rejected the settlement and took the case before a jury where she was awarded $111,461 for pain and suffering, medical expenses, and lost wages.

The insurance company appealed the verdict and attempted to recover attorney’s fees from the victim alleging that they had made an offer of $1,000.

The Dwindling of a Jury Award

The insurance company appealed first the ruling on medical damages. They successfully argued that the plaintiff’s medical expenses were lower than the jury estimated. So that was the first time the verdict award was reduced.

Later, the insurance carrier successfully argued that they had already paid some medical expenses to the plaintiff which were set off against Medicare. In other words, Medicare would have picked up the tab for the injuries, but then that money would have been paid by the insurance company directly to Medicare. At this point, the plaintiff’s jury award was down to about $62,000.

Once the jury award went below $100,000, the court determined that the insurance carrier was no longer liable for the underinsured motorist policy. That brought the plaintiff’s jury award down to $0.

The court then ruled that since the insurance carrier offered to settle (even though it was an insulting offer that no one in their right mind would accept) that the plaintiff was now on the hook for the insurance company’s attorney’s fees which were about $61,000.

This is an unfortunate case and most cases will not end up like this. The case was a mess on both sides of the aisle and the insurance carrier was very lucky to engineer this decision. However, there is much that can be learned from a case like this.

First, whenever you get a personal injury judgment in your favor, those on Medicaid or Medicare will find that there are liens on the judgment that must be satisfied. In other words, that money needs to be paid directly to Medicare to pay for medical expenses. This money was included as part of the jury award, but the insurance carrier never raised this objection during the initial trial. The appeals court determined that it should have occurred and eventually, the jury award was reduced below $100,000 where it suddenly caused a situation where the policy no longer applied.

The court also determined that because the insurer offered a settlement (albeit a small one) that the offer was made in good faith and thus activated another provision of the policy which put the plaintiff on the hook for attorney’s fees.

If you’re struggling with your insurance company to get a fair settlement, call the Miami personal injury attorneys at the office of Alan Goldfarb, P.A. today to schedule a free consultation.