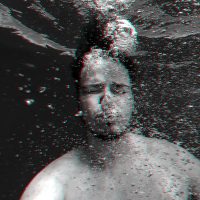 Sometimes, wrongful death lawsuits are filed to recover money. In other cases, however, they are filed to recover information. The latter usually happens when the circumstances around a death are strange or don’t seem to add up. That can be said of a recent lawsuit filed against Miami Beach after a counselor at one of their programs drowned in a public pool. Information concerning the drowning does not describe how it happened. According to onlookers, the counselor appeared to be in distress and was pulled from the water by fellow counselors. He was taken to the hospital, but pulled off a ventilator 9 days later. One of his doctors stated that the extent of the brain damage the counselor suffered indicates that he was underwater for an extended period of time. If so, then why didn’t anyone pull him out of the water earlier? That’s what the family wants to know.

An attorney from the family is hoping to secure video surveillance footage of the pool to determine how long the counselor remained in the water before he was pulled out. He was only 28 at the time of his death. Several parents stated that their children were present while the coach was drowning. It is unclear when lifeguards were alerted to the situation, but a neurologist believes the coach had to be underwater for an extended period of time to cause brain death.

In a case like this, it may turn out that no one is responsible for the coach’s death and even the best planning couldn’t have prevented it. It’s still possible that he suffered an undiscovered medical event that caused the drowning. We don’t know. Perhaps he suffered a stroke while he was in the water. But certainly, numerous questions remain concerning the drowning and the family wants to know why they occurred. Since the summer camp will probably not voluntarily turn over the video footage, a lawyer must compel them to do so in discovery.

Generally speaking, pools are not so large that lifeguards need to look around corners to see everyone. While there may be upwards of 50 people in the pool at the same time, it remains unclear why the lifeguards didn’t catch the problem earlier or what they were doing when the counselor went into distress. Chances are good that if their eyes weren’t on the pool, then they may be liable for the incident.

The Miami personal injury lawyers at the office of Alan Goldfarb, P.A. represent the interests of those who have lost loved ones to acts of negligence. Call today to schedule a free consultation and we can begin discussing your allegations immediately.

By Alan Goldfarb, P.A. | Posted on September 13, 2022
« $1.9M Settlement Given To Man Who Slipped On Fresh Paint
Lawsuit Filed After Child Dies Of Sickle Cell Anemia »