$1.9M Settlement Given To Man Who Slipped On Fresh Paint 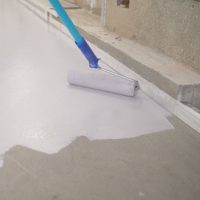 A Florida man sued a shopping center and several contractors involved with painting the floor after he slipped and fell, leading to several injuries to his back, head, neck, shoulders, and wrist. While the award in favor of the plaintiff is not surprising, the size of the settlement is. Nearly $2 million in a slip and fall lawsuit is not the norm, although claims related to slip and fall accidents are getting higher each year.

In this case, the plaintiff was able to produce photographs of wet paint on his clothing after the fall and provide a video of a contractor painting the floor only hours before the accident occurred. While the worker did place a tape barrier around the painted area of the floor, it was removed before the fall occurred and (most relevantly) before the paint fully dried creating a slipping hazard.

The lawsuit was filed against several defendants including the property owner, the property manager, and two contractors who were tasked with painting the floor. The defense contended that the wet floor was openly and obviously a slip hazard and the plaintiff should have done a better job avoiding it. This is a common defense to slip and fall claims. Nonetheless, if you leave a dangerous condition in an accessible walkway and someone is injured, you are responsible for their injuries.

The defense also claimed that some of the injuries related to the fall predated the accident and thus were not compensable in a negligence lawsuit.

The size of the settlement is directly related to the extent of your injuries and the cost of those injuries to your life. In a lot of cases, those who suffer serious slip and fall injuries will not be able to work for an extended period of time. While it’s rare, sometimes, they will never be able to return to their jobs. In this case, the man suffered a brain injury and several spinal injuries that required surgery. He also required surgery on his wrist. Even after several rounds of steroid and nerve blocker injections, the plaintiff continues to be in pain.

In this case, the company responsible for painting the floor and removing the tape was hit with the largest part of the damages award while the remaining defendants split a $1 million judgment against them.

So, one party was required to pay $800,000 to the plaintiff while the other parties were required to split a $1 million judgment against them. The incident occurred in 2020 and as of now, is settled. So, it took two years to reach this verdict. It remains unclear if the plaintiff will be able to return to work at any time in the future.

The Miami personal injury lawyers at the office of Alan Goldfarb, P.A. handle slip and fall lawsuits that cause serious injuries. Call today to schedule a free consultation and we can begin preparing your claim immediately.