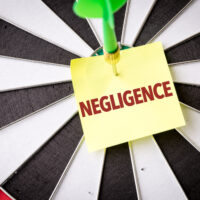 British Tourist, Philippe Houtakkers, paid for a guided watersports tour hosted by Islamorada Watersports LLC. During the outing, Houtakkers suffered what his attorneys describe as permanent head injuries during a jet ski accident. According to the suit, Houtakkers’ jet ski crashed, sending him through the air and into the branches of a tree. The lawsuit contends that the tour guide didn’t immediately realize what had happened and continued on with the group. Later, the tour guide realized that Houtakkers wasn’t there and sent a rescue crew to fetch him.

The lawsuit names the tour guide, Islamorada Watersports LLC, and Fly Fishing School Inc. Among the claims is one for false advertising for which the tour was marketed as being novice-friendly. Attorneys for Houttakers contend that their client and the others on the tour were never shown how to properly operate the jet skis. Attorneys also contend that the tour guide encouraged those on the tour to maintain speeds that were too fast for the conditions. With winds around 15 mph, the waters would have been choppy that day.

The company distributed a safety checklist to each individual who was on the tour. However, Houtakkers’ attorneys maintain that this was not enough as Florida Livery Statutes require a boater education course before the leasing or renting of a seafaring vessel. The company distributed pamphlets to each of the jet ski tourists and then asked them to initial the boxes. This brings us to another point: Are tourists being adequately informed as to the dangers of jet skis before being allowed to ride them?

According to attorneys, jet skis present unique challenges to those who are riding them and in many ways, these are counterintuitive. In cars, those who want to avoid obstacles must throttle down and then turn away. In jet skis, the opposite is true. Those who throttle down will not be able to adequately turn the jet ski. Additionally, jet ski injuries are almost always serious and often fatal.

Houtakker is said to have suffered several severe injuries including bleeding in his brain and several fractures in his back. His attorneys will likely seek compensation into the six or seven figures depending on whether these injuries end up being permanent or not.

Jet Ski Accidents are a Problem in South Florida

Jet ski accidents are not uncommon in South Florida. Cruise Lines, tour packages, and vacation packages all offer them. Jet skis are very small vessels that are designed to operate very fast. Coupled with the difficulty of maneuvering and the unique problems associated with turning, it’s very easy for someone who is unfamiliar with the vessel to crash it. When that happens, they can not only suffer serious injuries but also cause serious injuries to others.

If you’ve been injured by someone on a jet ski or injured on a jet ski due to someone else’s culpable negligence, talk to the Miami personal injury attorneys at the office of Alan Goldfarb, P.A. today.