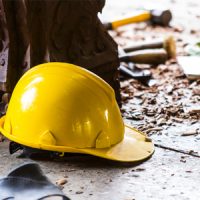 Six workers were trapped for hours after a bundle of rebar fell at a construction site. The workers were eventually freed and sent to the hospital. They were listed in either serious or critical condition.

The accident occurred at 830 Brickell in Miami where developers are constructing a 57-story tower in the plaza. The construction company is Civic Construction.

According to witnesses, the rebar fell on top of workers who were pinned beneath it for hours. One of the workers is thought to have been impaled by rebar. Miami fire rescue required aerial ladders and stokes baskets to free the workers.

In a statement released by Civic Construction, they assured the public that they were committed to their workers’ safety and were cooperating with local authorities and OSHA to determine what caused the accident. They also reported that their workers are in stable condition.

The workers’ compensation system exists to avoid lawsuits related to employee injuries. Instead of being based on whose fault an accident is, the policy pays out regardless. In exchange, however, workers’ are prevented from filing lawsuits against their employers. If, for some reason, workers’ compensation statutes don’t apply, however, a worker would be able to file a lawsuit.

When are Worker Lawsuits Permitted?

The majority of work-related lawsuits consist of employees who are independent contractors or were injured by an independent contractor. In other words, the workers’ comp policy covers everyone who is attached to a company. But if a member of the public or reckless worker from another company causes your injury, you can sue that person and the company they work for.

Lawsuits against companies and their employees have a higher standard of proof in terms of liability than workers’ comp claims. Workers’ compensation insurers will try to deny claims, but it generally isn’t based on whose fault the injury was. Instead, it’s based on the extent of the injury, the ability to perform work, and other considerations.

Those who bring lawsuits against companies have the burden of proving that company or its employees were negligent and responsible for the lawsuit. Goldfarb, P.A. has handled several such lawsuits for employees injured on the job.

If you’ve been injured on the job or simply want more information on whether you can pursue a lawsuit, call the Miami construction accident attorneys at the office of Alan Goldfarb, P.A. today to schedule a free consultation and discuss the matter with a professional.