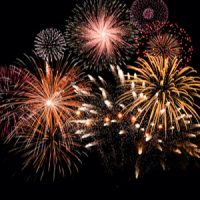 If you ever end up filing a lawsuit against the manufacturer of a product, you can expect that the manufacturer will file a petition with the court to change the venue. Typically, plaintiffs file lawsuits in whichever district they reside in, but companies generally prefer that lawsuits be filed in whichever district the company is based. Judges are then forced to rule on where the lawsuit will be heard.

Plaintiff Harper filed a lawsuit against Sky King Fireworks after he sustained an injury to his eye. The plaintiff alleges that a defective reloadable mortar separated from its base resulting in artillery shell firing directly at the plaintiff.

The Change of Venue Motion

The judge denied the change of venue motion, but this is not the only problem that the plaintiffs are likely to encounter.

The plaintiffs will argue that regardless of the legality of their actions and regardless of what they did with the mortar, the reloadable mortar was defective. Had the mortar not been defective, the plaintiff would have never suffered any kind of injury.

If the plaintiff can prove that the mortar was definitely defective, the defendants can raise the aforementioned arguments. This could diminish their liability by placing some of the fault on the plaintiff, but it likely won’t eradicate it entirely.

In this case, it’s very likely that if the plaintiff’s arguments are true, that the company is responsible for the defective mortar and the injuries that it caused regardless of what the plaintiff was doing with it or if it was allowed where he lives.

New Yorkers flood into Pennsylvania every Fourth of July to bring fireworks back to their native New York where they are heavily restricted.

If you’ve been injured by a defective product, we can help you hold the negligent party accountable. Call the Miami personal injury attorneys at the office of Alan Goldfarb, P.A. today to schedule a free consultation and learn more about our services.