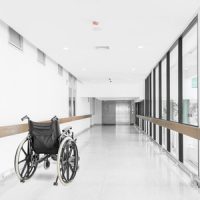 While nursing homes are taking serious heat over the number of coronavirus deaths right now, there was one lawsuit that you probably remember from a few years ago involving seniors left in heatstroke conditions after the power and air conditioning went out at The Rehabilitation Center in Hollywood Hills. To make matters worse, the power failed during Hurricane Irma in 2017. Over the three days that followed, twelve residents of the facility died while several others were injured. The nursing home was blamed primarily for the deaths for failing to move residents to another facility when it became obvious that they were suffering.

A second lawsuit was filed against Florida Power and Light (FPL), but the circuit court judge dismissed the case. The plaintiffs appealed the verdict and lost the appeal as well.

The plaintiff blamed FPL for allowing the power to go out that day which resulted in the deaths of twelve residents. FPL also failed to restore power in time to avoid several of the deaths. The question of whether or not the case would move forward, however, hinged on whether or not FPL had a “duty of care” to the residents. The court, in both cases, concluded that FPL did not have such a duty.

Now, the law makes room for two different types of arguments. One type of argument focuses on the law itself, legal precedents, motions, decisions, and the situation. Another type of argument appeals to the public good. In other words, if we were to impose this type of duty of care onto all utility companies, the overall result would be disastrous for the company and bad for the public at large.

In this case, the judge’s invoked the second type of argument. They said that imposing this type of duty of care onto the utility companies would expose them to enormous liability. Secondly, the court stated that to allow the jury to analyze FPL’s response to the hurricane would undercut regulatory efforts imposed by the Public Service Commission. Further, any drastic shift in liability would need to be handled by the legislature as opposed to the courts.

The Situation was Dire, But Liability Fell on the Nursing Home

Part of the problem for the plaintiffs was that liability had already fallen on the nursing home for the role they played in the deaths. The residents endured heatstroke conditions for three days before being evacuated from the facility. There were attempts made to move the residents earlier, but the nursing home blocked these efforts. Their role in the twelve deaths led to the revocation of their license in Florida.

If you’ve been injured due to the negligence of another person, call the Miami personal injury attorneys at the office of Alan Goldfarb, P.A. Our track record of successfully resolving cases can be used to your advantage as you attempt to recoup money lost. Call today to schedule a free consultation.