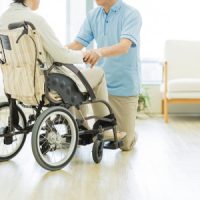 A long-term care facility in Crystal River is facing a wrongful death lawsuit after one of their patients was cut, beaten, and tortured to death in March of 2019. Crystal Gem Manor is accused of allowing the systematic abuse that occurred over the course of a week and eventually resulted in their resident’s death.

The attorney who is representing the victim’s estate and family called it the most “egregious case of abuse in 40 years of litigating medical malpractice cases.” This, however, is not a medical malpractice lawsuit. Below, we’ll discuss what type of lawsuit this is and the extent of the trouble this particular nursing home is in.

How Did the Victim Die?

The medical examiner ruled the death a homicide and determined that the cause of death was blunt-force trauma to the head. The ME also noted internal hemorrhaging, cuts, bruises, and fractures along with other complications related to advanced age. Nonetheless, it’s clear that this resident was tortured and beaten to death while in the defendant’s facility. The question then becomes: What did they know and when did they know it?

While the plaintiffs have named a particular staff member in the lawsuit, no charges have been filed against the staff member. Authorities say that the murder is still under investigation, but a murder charge against the assailant could hinder the plaintiff’s case. That case would have to wait while the criminal case took precedence. However, the residential care facility is liable if one of their employees committed the abuse while they were working at the facility. This is known as vicarious liability and is a weak, but valid claim against a company based on the conduct of their employee.

How Will the Nursing Home Respond?

Each count requires its own response, but let’s begin with negligent hiring and negligent supervision. The plaintiffs will need to prove that the individual who murdered the patient was actually an employee. However, the standard of proof in a civil case is lower than a criminal case. While a criminal conviction would definitely help the plaintiff’s case, an acquittal wouldn’t necessarily damage it. So the plaintiffs will need to establish it was a nursing home employee responsible for the murder and abuse.

As far as negligent security goes, the nursing home had to be aware of a threat. The plaintiffs contend that the resident was abused over the course of a week and the nursing home knew about the abuse but did nothing to stop it.

Have you or a loved one been abused in a nursing home? If so, the Miami personal injury attorneys at the office of Alan Goldfarb, P.A. can help. Call today to schedule a free case evaluation and learn more about how we can help.